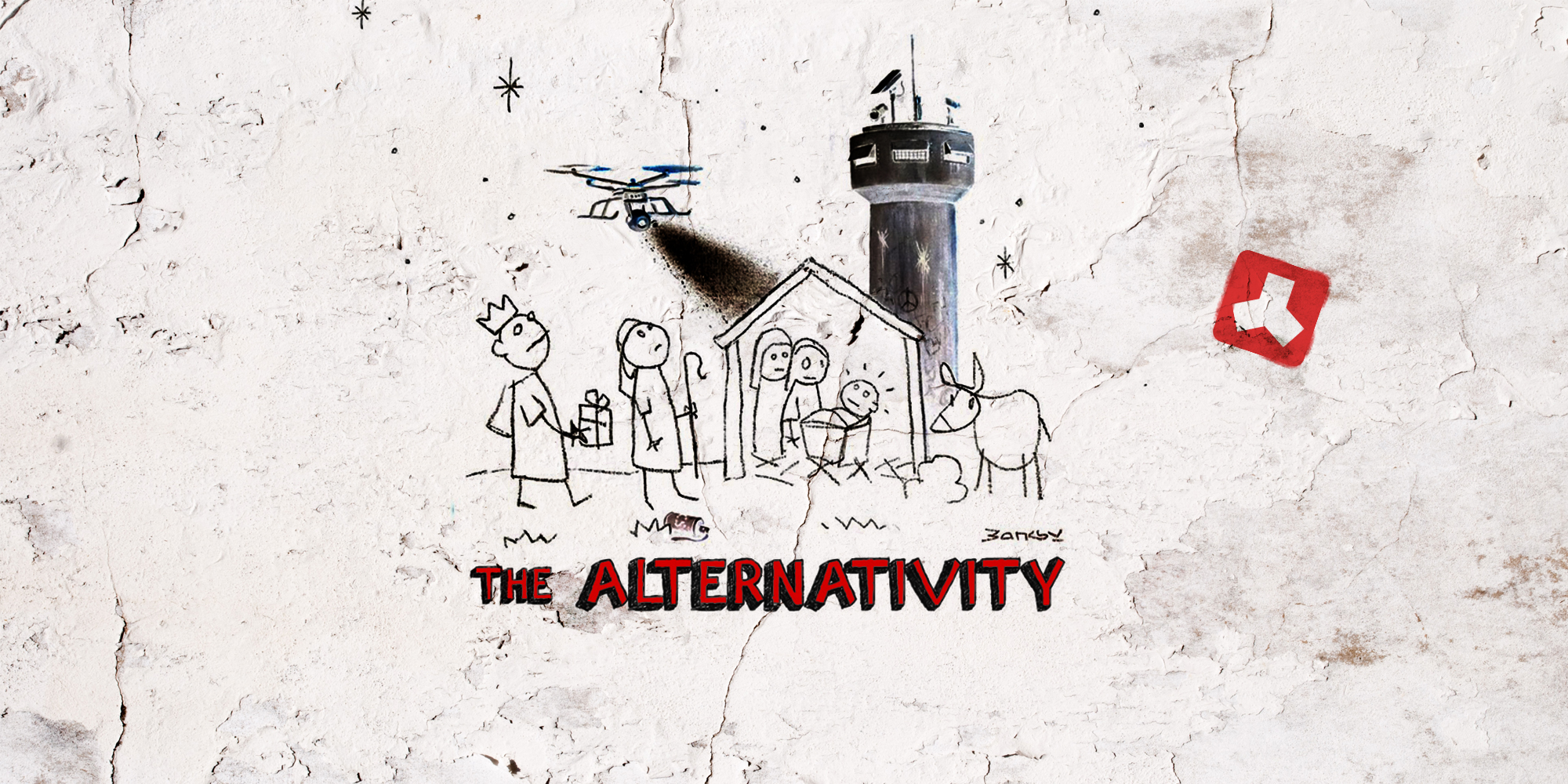 At approximately 6 PM on Friday the 9th of March, daylight savings time had yet to eclipse our existence. Although the evening was dark, our hearts were light. Guinness accompanied popcorn and Sarah accompanied another Sarah to the Theatre Room.

After the audio-visual complexities of setting up the film were deftly parsed by only one Sarah, the team (graced by the presence of additional alumni and friends) settled in for an hour of The Alternativity: of Banksy and Bethlehem, of Danny Boyle and donkeys. The famously recondite artist remotely orchestrated the documentary’s titular event, a nativity play performed adjacent to the West Bank Wall and Banksy’s existing intervention, The Walled Off Hotel.

The Alternativity saw Boyle collaborating with The Walled Off’s manager Wissam Salsa (Banksy’s long-suffering avatar), Riham Isaac (a local theatre director) and a cast of children to mount the show and return the Christmas cheer that originated in Bethlehem to the now-divided area. These efforts were intersected by scenes of Boyle exploring both Bethlehem and the religiously contested city of Hebron. In the latter, Boyle and the PDT viewers were met with the sombre sight of a young couple on a leisurely walk with their child in a stroller and a machine gun in tow. This juxtaposition of family life and violence was reinforced throughout the documentary by its cheerful, holiday soundtrack.

Producing the past & the present

Much of the documentary’s drama revolved not around the logistic complications of the play (though there were a handful), but rather the ethical stakes of utilizing child actors to deliver Banksy’s typically charged messages, which were a special area of concern for Boyle. This issue was also enacted in a performance art happening executed at the hotel by Banksy’s team. The event took the form of an ironic children’s party marking the 1917 signing of the Balfour Declaration, which gave Great Britain’s support to the establishment of a Jewish homeland in Palestine. Though it contained brief references to contemporary technology and political tensions, the nativity itself was not as altered as one might expect given its parentage. Its most obvious distinction from traditional versions provided by its very proximity to the wall.

While our early-spring viewing of the Christmas-inflected documentary may have been malapropos, our interest was not diminished. The learning experience offered by The Alternativity extended beyond its own geography. One Sarah’s reflections on the event were marked by a realization of the relative inconsequence of her own tribulations compared to those living in the shadow of the West Bank wall.