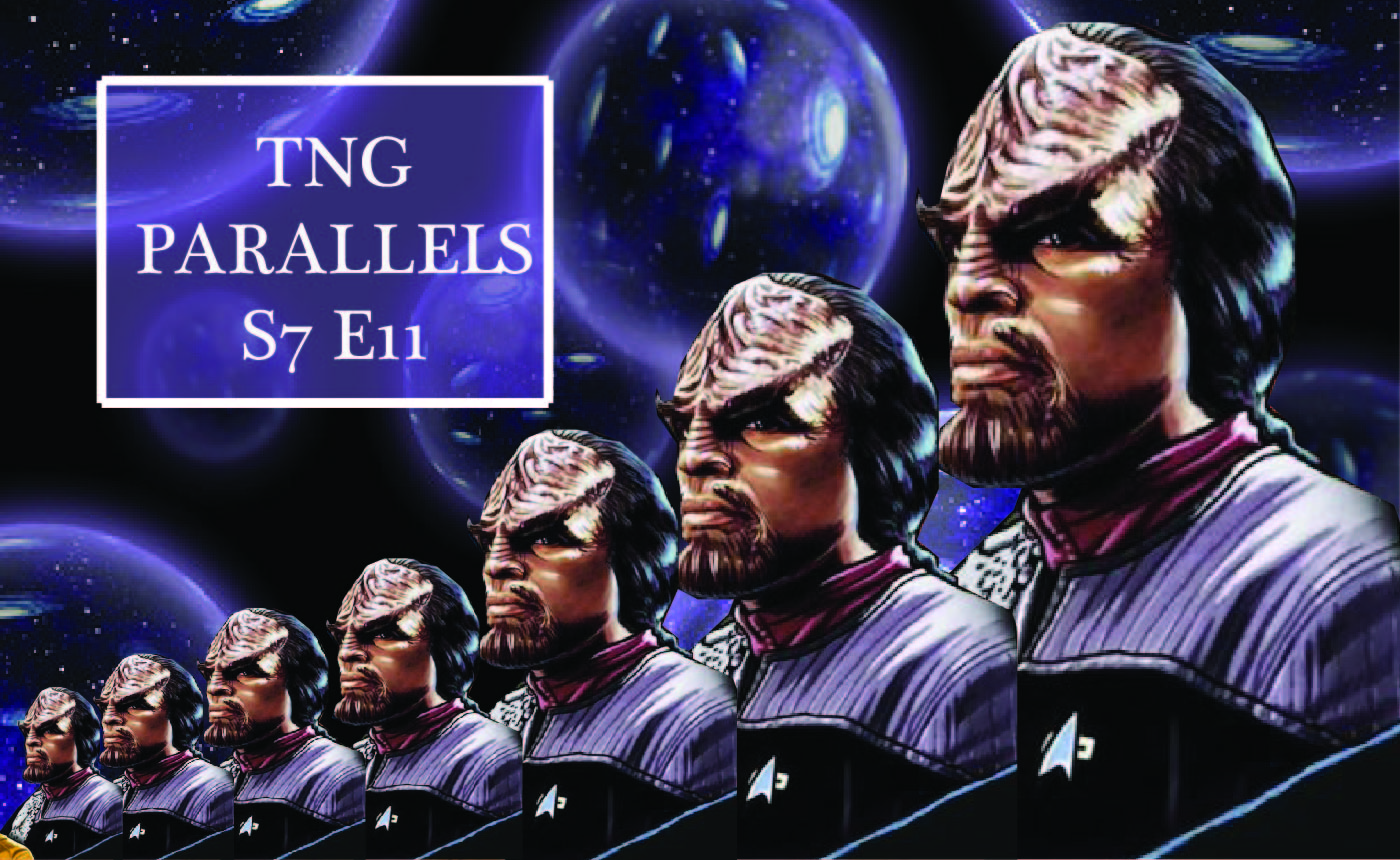 Worf returns back to the Enterprise from a battle, but begins to notice that his perception of reality differs from the other members onboard the Enterprise. His memory appears to be suffering and he begins to question his surroundings. At this time, Data runs a test and concludes that there is a quantum flux between parallel universes. Worf is apparently from another universe and that he must have passed through a time-space fissure. In attempts to reverse this state, the enterprise tries to return to the place where Worf initially battled meanwhile undergoing an attack which results in a collision of realities. Finally, Worf is able to pass through the fissure with Data’s assistance and return to his original universe.

This episode intrigued me as I am  fascinated with, but know very little about, the science of parallel universes.  To get some more insight, I watched Through the Wormhole episode “Are There Parallel Universes?”.  According to this show, “in an infinite universe even extremely unlikely occurrences are possible as it is all based upon statistics”. Scientist, Frank Tipler,  theorizes that quantum mechanics provides evidence that there are multiple versions of each individual. Tipler’s theory supports Worf’s experiences in the episode. He states an unobserved object can be in many places at once and behave differently or carry different properties in each universe.

Something to note from this Star Trek episode is that, after returning to his original universe, Worf realizes that he had been married to his wife in all the parallel worlds. I wonder whether this suggests  though subtle changes are made between our various universes, our permanent life events and “destinies” do not alter.

The concept of parallel universes requires us to accept that there can be infinite versions of us in countless worlds, living in different realities from our own. This can be scary for a control freak like me. I always seem to come across this problem when theorizing about my life. How am I so certain that my reality is the “main one” or, in other words, the ‘original life’? It’s interesting to imagine infinite worlds in which your circumstances differ, causing you to make alternate decisions resulting in a whole other reality.