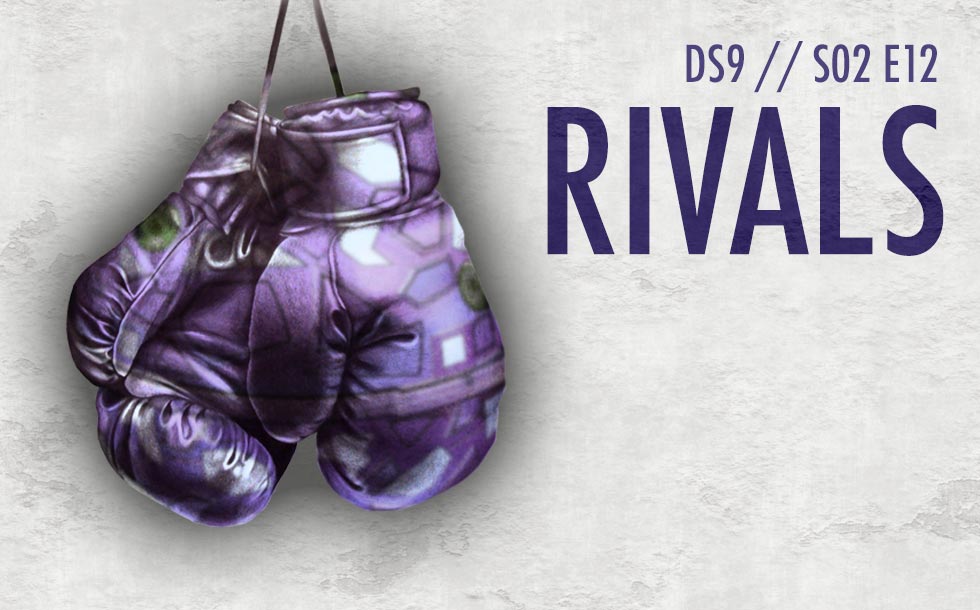 Luck is the theme addressed in Rivals. The episode revolves around two story lines which eventually clash toward the climax of the episode. The first is Quark’s rivalry against a smooth talking El-Aurian con-man named Martus Mazur who shows up aboard the space station. After being thrown in jail for manipulating an elderly couple to invest their life savings in his new business, Mazur comes across a tiny gambling device that he thinks can be of great value in his business.

After his release, Mazur convinces Roana (a Bajoran woman closing the shop she owned with her deceased husband) to go into business with him by reopening her shop as a casino called Club Martus. In Quark mind, this violates his rights to being the only bar aboard the space station (though if this is actually official can be debated) so naturally, he isn’t pleased with Mazur’s new business.

The second story revolves around O’Brien and Bashir. O’Brien has built a racquetball court on the station and is eager to test it out. Upon going to the racquetball court, he finds out that Bashir, also at the court, is a former racquetball champion. This new information intimidates O’Brien a little but that doesn’t stop him from challenging Bashir to a match, which he loses badly. Bashir throws the second match to O’Brien out of respect, but it only angers O’Brien, pushing him to say “either you play your best or don’t play at all”.

Towards the end of the episode, Quark throws a charity racquetball event between Bashir and O’Brien. During the match, people come to realize that something is off. O’Brien is playing the best match of his life whereas Bashir is playing the worst. The luck had turned around. After an investigation, Dax comes to conclusion that something is wrong with the laws of probability. The cause was coming from Club Martus. The large replicas of the device that Martus had found in the prison were affecting people’s luck aboard the space station because of their large range of effect. Martus is arrested once again for tampering with users’ luck as well as conning the elderly couple from the beginning of the episode.

Overall, the episode was a fun one to watch. Between O’Brien and Bashir’ rivalry as well as seeing Quark sweat a little after meeting his business match, there’s nothing like  a light DS9 episode to break up the show’s conflict-ridden landscape. ­