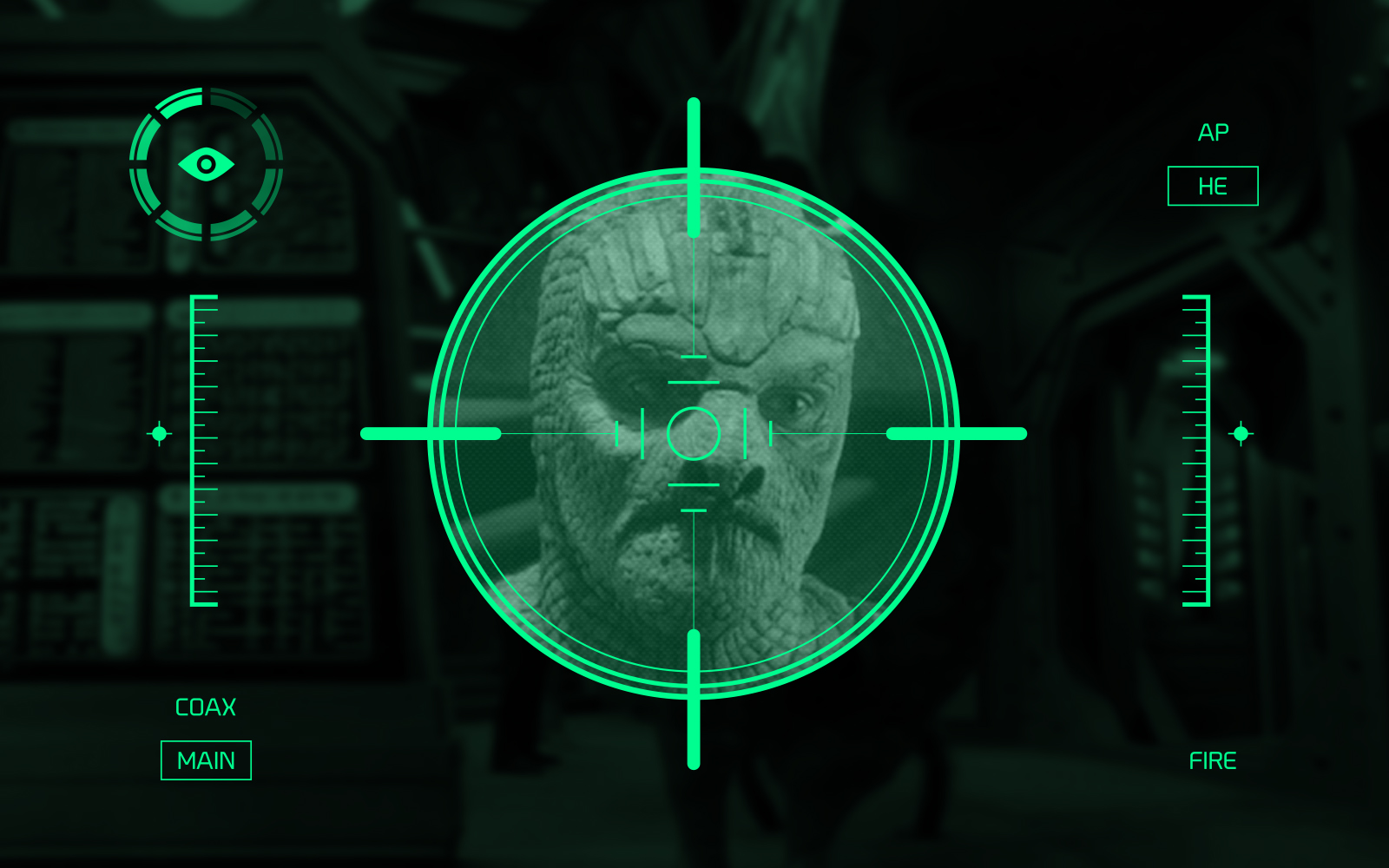 A damaged unidentified vessel from the Gamma Quadrant docks at Deep Space Nine for repairs. Its reptilian pilot, who only identifies himself as “Tosk”, requires virtually no “downtime” as he calls sleep and leisure, does not seem to possess a sense of humor, and he has the ability to become invisible. He is the first known life-form from the Gamma Quadrant. Despite their many differences, O’Brien befriends Tosk and tries to help him repair his ship. However, Tosk attempts to steal weapons from DS9 and is put in a holding cell.

Uniformed aliens come through the wormhole, break onto DS9 and cause a major phaser battle. As the uniformed aliens later explain, Tosk was bred to be hunted by them and has spent his entire life preparing. Kira suggests that Tosk ask for Federation asylum but the alien does not do so. As much as he detests this practice, Sisko believes that under the Prime Directive he must release Tosk to the aliens. However, security is noticeably slow in responding when O’Brien helps Tosk “change the rules” of the hunt and escape, a reference to the Kobayashi Maru. Tosk’s would-be captors are injured in a trap laid by O’Brien, who redirects Tosk to safety. Although Sisko chastises O’Brien per Starfleet regulations, he too is glad to see Tosk escape.