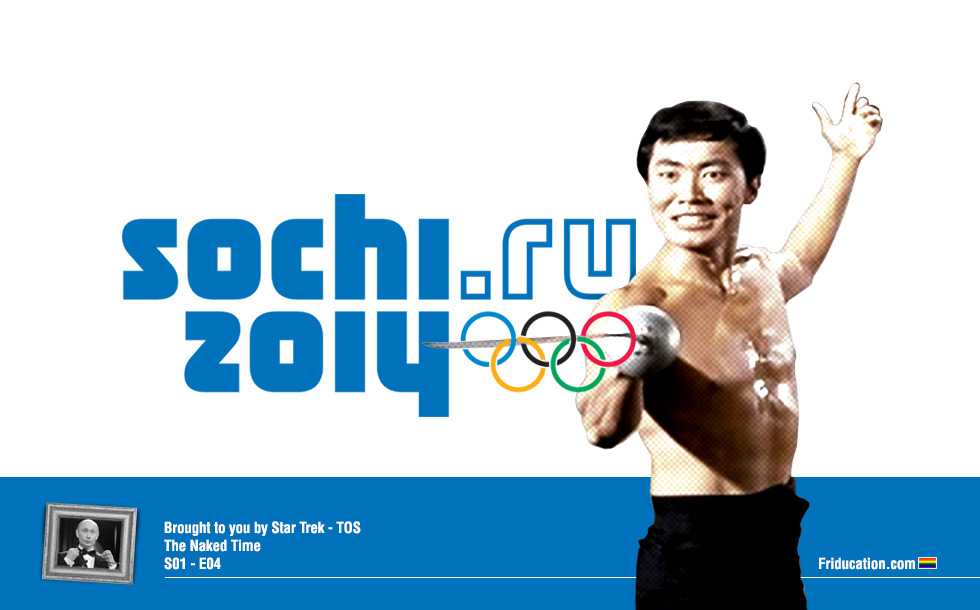 Dedicated to Vlad Putin, by @KhalidM

Psi 2000’s breakup accelerates, and the crew follows. Sulu and Riley, now at their conn stations and showing signs of infection, are slow in making a necessary orbital correction. 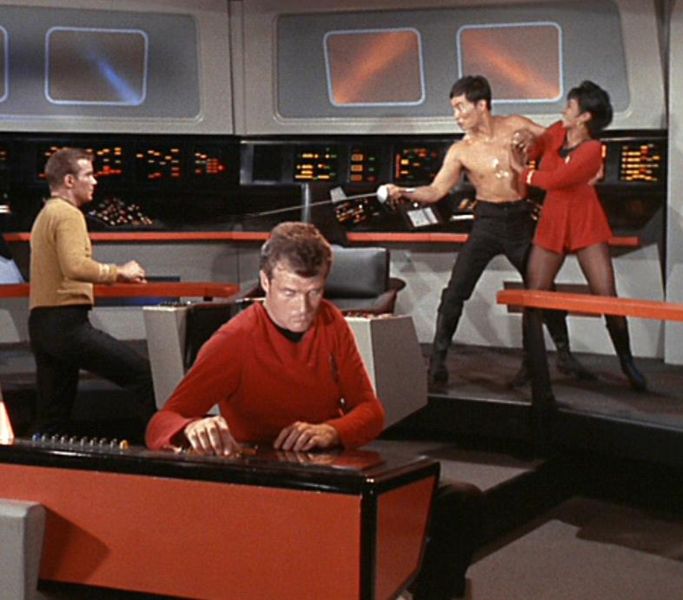 Sulu abandons the helm in favor of some exercise. Riley becomes flamboyantly insubordinate to Spock, sporting an exaggerated Irish brogue. Reporting briefly to sickbay as ordered, Riley proceeds to flirt with Nurse Chapel, infecting her. Sulu, now fantasizing himself a musketeer, stalks the decks with a foil and frightens off two crewmen. Deeper in delusion, he returns to the bridge and takes Uhura, declaring her a “fair maiden” (despite her protest that she was neither), under his ‘protection’ before Spock subdues him with a Vulcan nerve pinch.