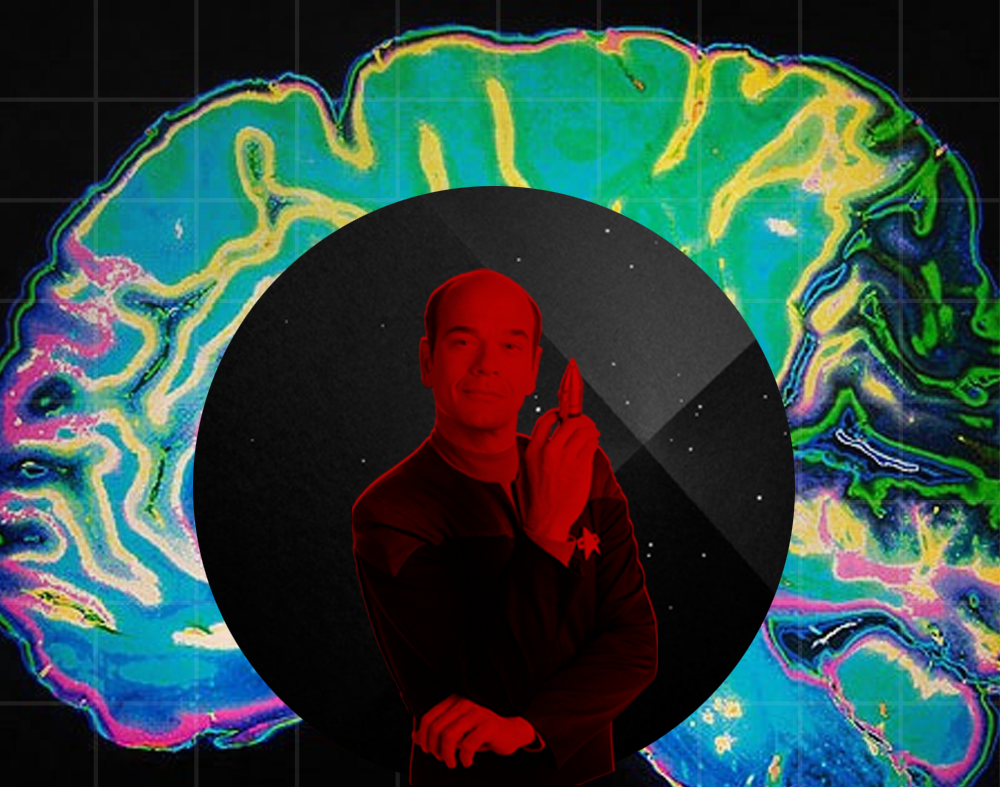 The Doctor asks Captain Katherine Janeway to alter his program to allow him to captain the ship in case of an emergency. Janeway refuses the request. Despite this, the Doctor alters his own sub-routines, allowing him to daydream, during the time that Voyager is traveling through an apparently harmless nebula. Among other ego-fulfilling fantasies, the daydreams include one where he becomes the “Emergency Command Hologram” and defeats an attacking alien vessel using a fictional deadly photonic cannon. The Doctor finds that his daydreams are occurring when he doesn’t want them to, a side effect of his faulty programming, and the crew disable the new routines.

Meanwhile, undetected by Voyager, the crew of an observation ship of the Hierarchy species has been monitoring Voyager‘s passage. As they have done with other ships that pass through the nebula, the Hierarchy determines whether there is any value on the ships, and if so, attacks them. They are unable to scan Voyager via normal means, and instead use a microscopic tunneling scan. This latches onto the Doctor’s program, allowing them to witness events experienced by the hologram, though they are unaware of where reality stops and the Doctor’s fantasies begin. Though crewman Phlox soon realizes their mistake, the Hierarchy has already issued the command to attack Voyager for their anti-matter reserves.

Phlox uses the tunneling scan to reactivate the Doctor’s daydreaming programs to allow him to communicate with the hologram. Phlox explains the situation to the Doctor, who in turn reports this to Janeway. As Voyager‘s crew becomes aware of the approaching Hierarchy ships, Janeway arranges for the deception to be complete, temporarily turning the Doctor into the Emergency Command Hologram. The Doctor, less confident in reality than his daydreams, is still able to bluff regarding use of the photonic cannon and the Hierarchy quickly retreat. Janeway commends the Doctor for his performance and arranges a team to evaluate the prospects of putting the hologram in charge of the ship under emergency situations.