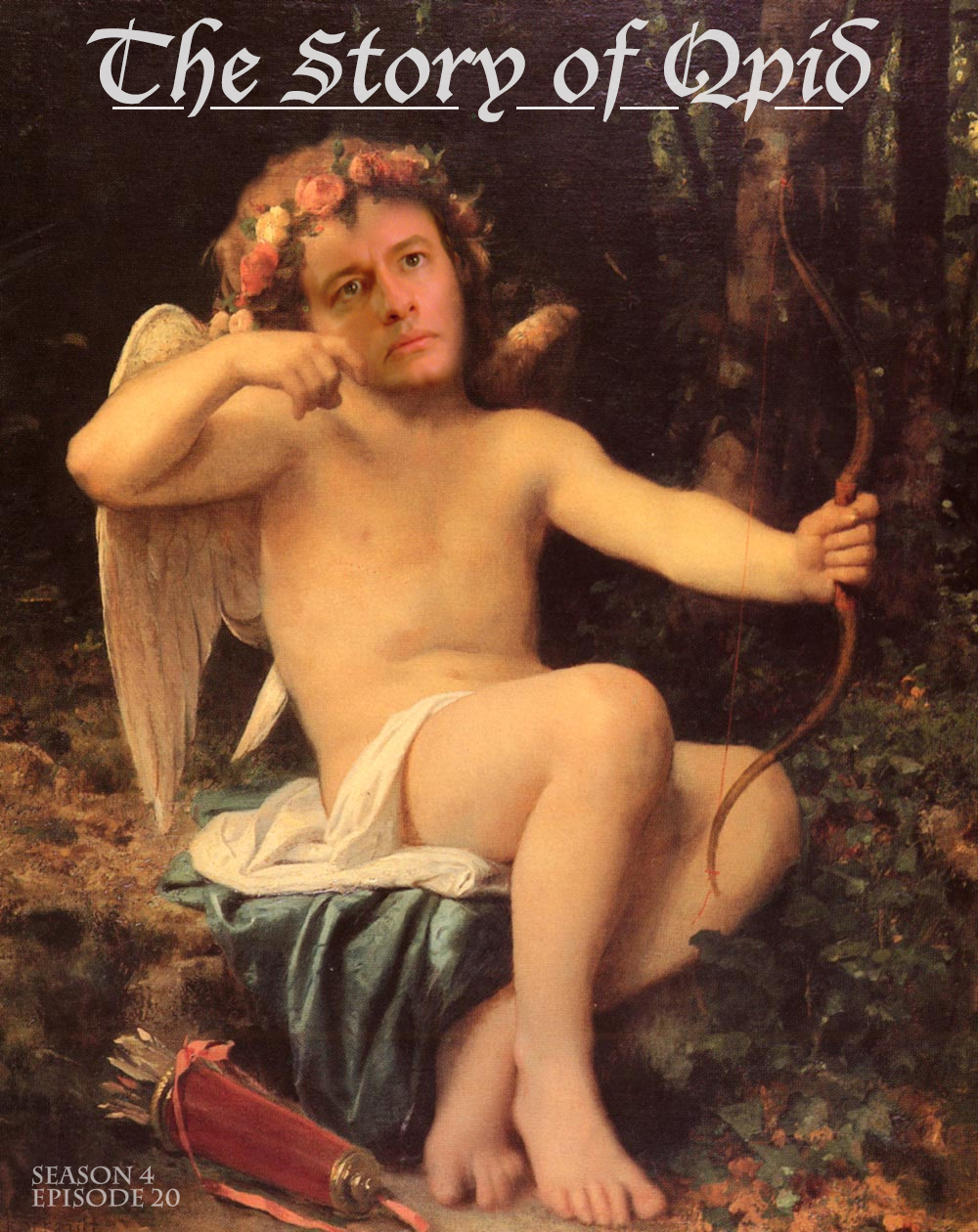 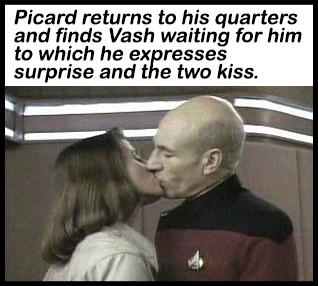 Captain Picard is working late on a speech that he will present to a group of visiting archaeologists when Counselor Troi enters and tells him that the council members have arrived and been assigned quarters. Picard returns to his quarters and finds Vash waiting for him to which he expresses surprise and the two kiss. The next morning, the two are sharing breakfast when Doctor Crusher arrives and offers to give Vash a tour. Vash expresses surprise and slight anger at the fact the Captain hasn’t told his friends about her and confronts the Captain about this at a reception for the delegates. After the reception, Q returns to repay Captain Picard for saving him in “Déjà Q.” Picard requests nothing, so Q decides to save Picard from himself by testing Picard’s love for his old flame Vash.

Q is determined to show Picard the danger of his attraction to Vash. As such, while Picard is addressing the assembled delegates, Q transports the bridge crew to medievalEngland where Captain Picard is Robin Hood and the bridge crew are the merry men; much to Worf‘s disgust. Shortly after they arrive, a group of English soldiers appear and proceed to attack the group. Worf fights a nobleman on a horse and is slightly injured. On the Captain’s order, the group retreats to the cover of the forest.

Q assumes the role of the Sheriff of Nottingham and has imprisoned Vash, now Maid Marian. Picard must rescue Vash as she is sentenced to die for treason. Vash proceeds to manipulate Sir Guy of Gisbourne into sparing her life by professing love and promising marriage. Picard realizes that if he does nothing, Vash will die. He orders his officers to remain in the woods as this a personal matter and he doesn’t want them to get hurt. So, he disguises himself and infiltrates the castle as a peasant worker.

Picard climbs up to the tower and through the window much to Vash’s relief and surprise. The two of them bicker over the merits of Picard’s rescue plan and Vash refuses to go. Picard puts her over his shoulder and is going to carry her away when a group enter. 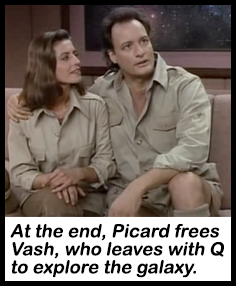 Before Picard can fight them off, Vash takes his sword from him. Picard is taken away by the guards and Vash tries to send a message to Riker which is stopped by Q who reveals himself to Vash and has her taken away.

As the two are led to the chopping block, they continue to argue and as the axe is about to fall, Picard’s officers reveal themselves disguised as monks and create a diversion. In the ensuing fight, Picard and his staff prove themselves formidable fighters and succeed in winning the day.

At the end, Picard frees Vash, who leaves with Q to explore the galaxy. Q guarantees Vash’s safety; with that, Picard considers Q’s debt paid in full.