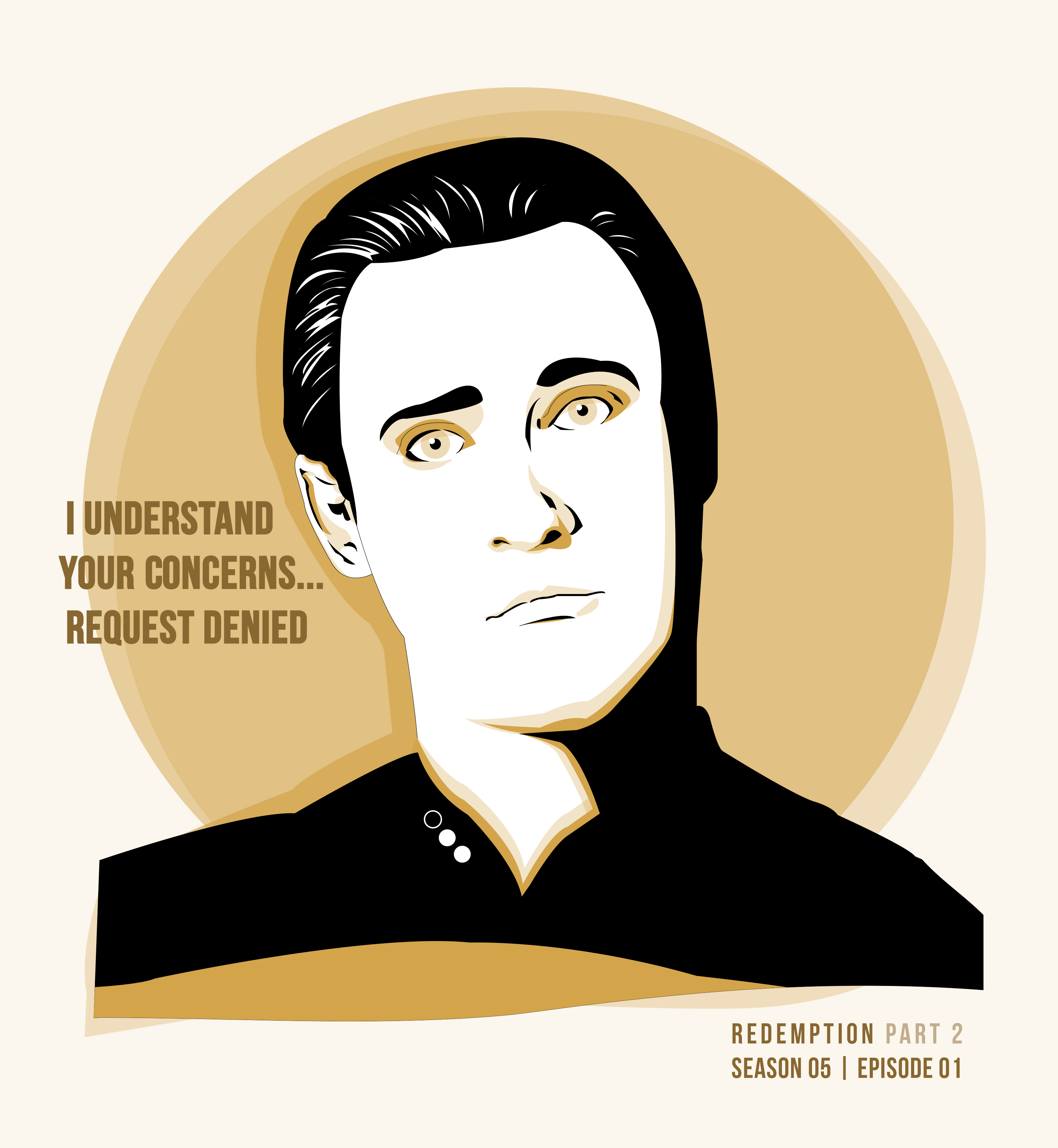 Picard is aware that while he cannot get involved in the Klingon civil war, the Romulans will likely see it as an opportunity to gain an advantage over the Federation, and is put in charge of a fleet of ships to create a blockade between the Klingon and Romulan border. Severely undermanned, many of the Enterprise crew are assigned temporary command of individual ships. Picard initially does not assign Commander Data command of a ship, but after Data questions him about the omission, he gives him the Sutherland. Picard arranges the fleet to form a detection network that should observe any cloaked ships that pass the blockade. Commander Sela, the Romulan resembling Yar, orders her scientists to find a way to disable the network, but also contacts the Enterprise. Sela reveals that she is the daughter of Tasha Yar, who returned to the past on the Enterprise-C 24 years earlier (“Yesterday’s Enterprise”). Sela warns that if Starfleet does not break off the blockade in 20 hours, their fleet will be attacked.
Meanwhile, Worf is kidnapped by the Duras sisters.
Picard urges Gowron to attack the Duras forces who are running low on supplies; this will force the Romulans to enter the detection network and be caught by Starfleet. Gowron agrees, knowing that association with the Romulans will ruin the Duras family’s support and end the civil war. The Duras sisters demand the Romulans bring supplies. Sela’s scientists find they can disrupt part of the network by sending out an energy burst. Sela initiates the plan, selecting the Sutherland as the target. When the network destabilizes, Picard orders the fleet to retreat and reform the net, but Data observes that he can trace the source of the disruption. He orders the firing of torpedoes at specific coordinates, revealing Romulan ships. The convoy retreats, and the Duras Sisters are forced to end the civil war. Worf breaks free in time to secure Toral, but the Duras sisters escape.
Gowron gives Worf the opportunity to kill Toral by Rite of Vengeance, but he declines to do so, sparing his life, and requests Picard that he be reinstated.
“I understand your concerns… request denied.”
-Data, refusing Christopher Hobson’s request for transfer because of Data being an android