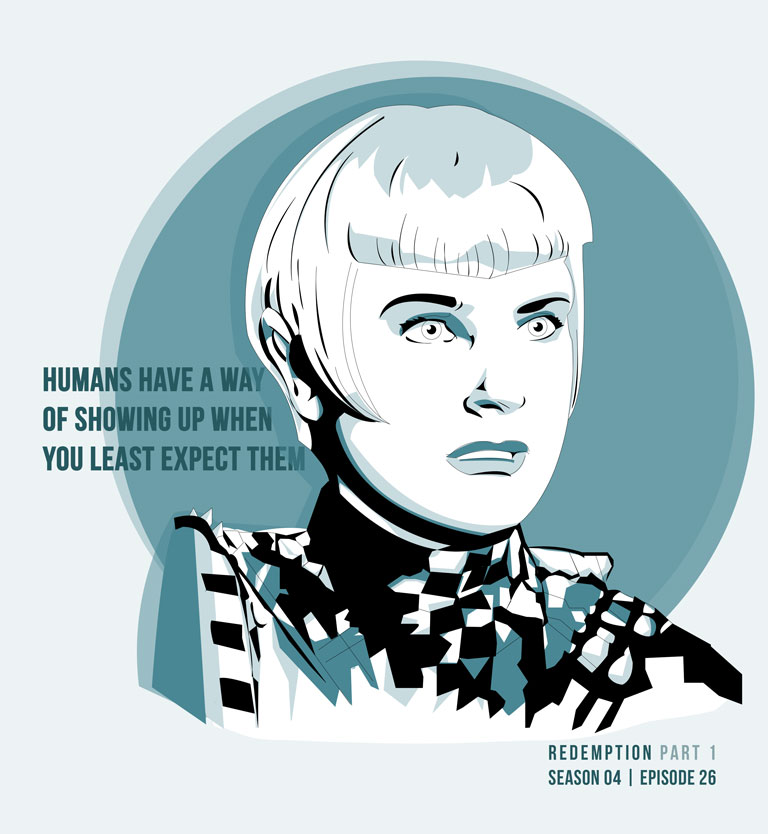 Captain Jean-Luc Picard (as K’mpec’s chosen “Arbiter of Succession”) and the Enterprise-D are asked to attend the installation of Gowron as the Leader of the Klingon High Council. Gowron informs Picard that the House of Duras will challenge Gowron’s position and may lead to a Klingon civil war. Meanwhile, Worf requests a leave of absence to visit his brother, Kurn, who controls a small fleet of Birds of Prey, and to urge him to back Gowron, as, once installed as the Leader, Gowron can reinstate their family name.
Interrupting the ceremony, the Duras sisters present their deceased brother’s illegitimate son, Toral, who has the lineage to challenge Gowron. Picard is called on to determine Toral’s candidacy. Relying on Klingon law, Picard comes to the conclusion that Toral is too inexperienced to be Leader. Gowron returns to his ship to meet with Worf, who offers his brother’s fleet’s support in exchange for the return of his family name to honor. Gowron initially refuses, but they are attacked by two ships loyal to the House of Duras. Worf and the arrival of Kurn’s fleet dispatch the attackers. Picard completes the rite and installs Gowron as Leader; Gowron restores Worf’s family honor.
Gowron and the Enterprise crew learn that the Duras sisters are assembling a fleet to incite a civil war. As the Federation cannot get involved in internal affairs, Worf resigns his commission from Starfleet to assist Gowron and Kurn. As the Enterprise evacuates the area before open conflict begins, Toral and the Duras sisters consider Picard a coward, but their Romulan ally, a woman that strongly resembles Tasha Yar, warns them that Picard may return.

“I’ve been told that patience is sometimes a more effective weapon than the sword.”
“Patience is a Human virtue… one that I’m glad to see you’ve taken to heart. But doesn’t this situation require a more… Klingon response?“
–Worf and Picard

“We cannot regain our honor by acting dishonorably!”
-Worf, to Kurn, on being loyal to Gowron and the Klingon High Council

“We should not discount Jean-Luc Picard yet. He is Human. And Humans have a way of showing up when you least expect them.”
-Sela