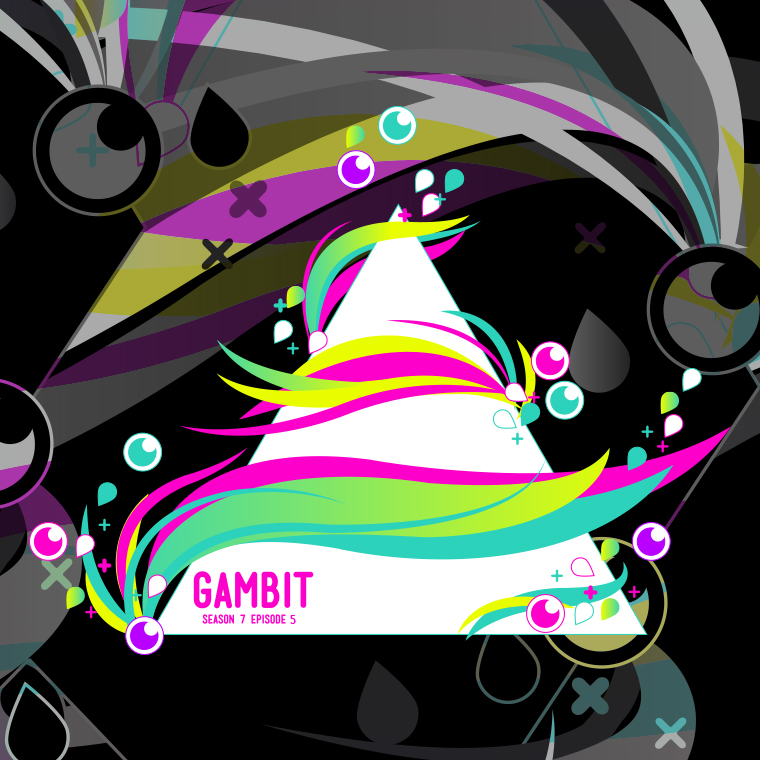 The U.S.S. Enterprise is hit with a barrage of fire from the mercenary vessel where Riker is being held prisoner. The Enterprise fires back, forcing the mercenary ship to withdraw. Data orders the crew to let the ship go, assuming that this is what Riker wants. Later, on the mercenary ship, Riker and Picard stage a heated argument. Their acrimonious relationship arouses Tallera’s suspicions, and she later interrogates Picard. Her questions stop when Picard’s tests reveal that they have found one of the artifacts they are looking for. They immediately notify Baran, who is being fooled by Riker’s portrayal of a less-than-ideal Starfleet officer. Baran says he might like to continue to work with Riker, and tells him to kill Picard.

Alone with Picard in his quarters, Riker fills him in on Baran’s plan, including the fact that he is supposed to kill Picard after the authenticity of the final artifact is confirmed. Riker reveals that they are headed to the Hyralan sector to pick up the artifact, which will be Romulan in origin, from a Klingon transport ship. Picard, however, states that the artifacts are actually all Vulcan in origin. Tallera bursts in and pulls a phaser on Picard, demanding to be told his true identity. Tallera reveals that she is a Vulcan officer on a mission of her own. The artifacts being sought are fragments of the mythical Stone of Gol, a powerful weapon she believes is being sought by a Vulcan isolationist group. She explains that the stone is a psionic resonator, a device that focuses and amplifies telepathic energy. If the stone were reassembled and used by a trained telepath, the weapon could eliminate the entire Vulcan council with a single thought.

Meanwhile, in the Hyralan sector, the Enterprise is surprised to encounter a Klingon ship. Suspicious, Data commands the right to inspect the vessel. When the mercenaries learn what has happened, Baran orders Riker and Picard to invade the Enterprise and retrieve the artifact, then secretly tells Riker that he expects him to kill Picard after the raid.

Picard, Riker, and Narik materialize onto the Enterprise and look for Koral, the Klingon pilot who possesses the artifact. Once Picard identifies it as the item they are seeking, Riker pulls a phaser on him. However, Picard is faster and instead shoots Riker, apparently killing him. Picard and Narik then return to the mercenary ship, and Riker, who was really only stunned, regains consciousness and explains the situation to the Enterprise crew. Back on the mercenary ship, Picard attempts to lead a mutiny, but Baran reaches for the control device connected to the patch in Picard’s neck and activates the device, killing himself instead of Picard. Picard then explains that he switched the transponder codes. Next he orders the crew to deliver the artifacts as planned.

On the Enterprise, Riker notifies Vulcan security that their operative is on her way, and learns that the Vulcans have no one stationed on any mercenary ship. Meanwhile, Picard realizes that Tallera is hiding two resonator pieces. Picard stops her as she prepares to go, ordering her to leave one piece behind. They find the third resonator piece in a cave, where Tallera uses the now-completed device to kill Narik and Vekor. She turns on Picard just as Riker, Worf and two security guards materialize in the cave. Picard orders them to drop their weapons and to clear their minds of aggressive thoughts, realizing from the images on the resonator that it can be stopped with peace. The plan works, and Tallera drops the now-useless weapon. She is taken into custody, and the resonator is finally completely destroyed.