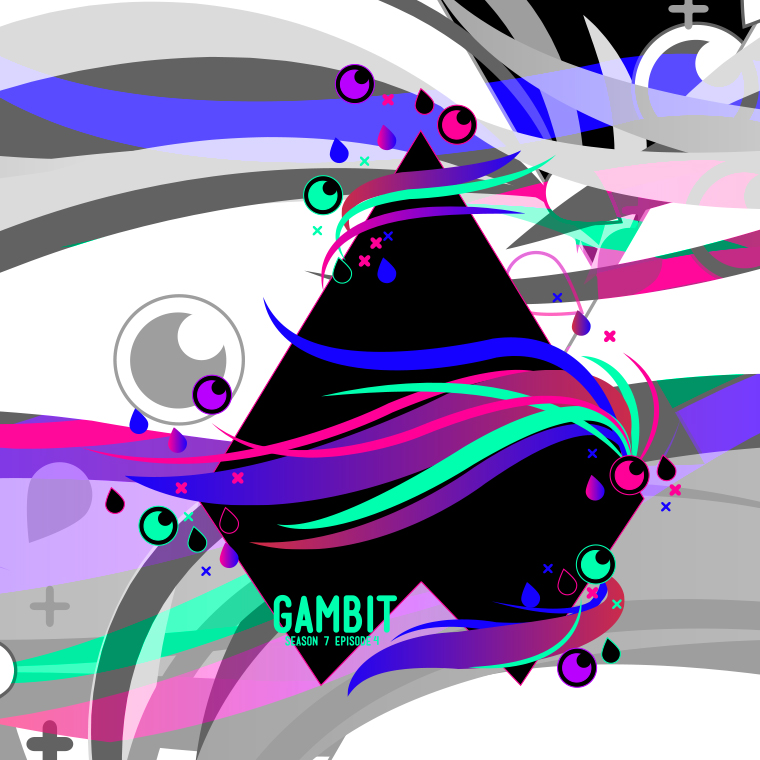 After Picard disappears during an archeological trip, the crew is told that the captain was vaporized by a group of mercenaries who attacked him in a bar on Dessica II. While the Enterprise-D crew prepares for a memorial service, Riker — now acting captain — asks for and receives permission from Admiral Chekote to investigate Picard’s death. Riker learns from an Yridian trader named Yranac, a witness to the crime, that the alleged murderers have moved on to the Barradas system, so he takes the Enterprise-D there and finds one M-Classplanet. Over Data’s objections, Riker leads an away team to the surface where they find ruins of an ancient Debrune outpost. The team is attacked by the mercenaries, who take Riker captive and beam away with him.

On board the mercenary ship, Riker is greeted by the group’s leader, Arctus Baran, who implants the prisoner with a neural servo capable of inflicting great pain. Riker is astounded to discover that Picard is aboard the ship, alive and well, posing as a smuggler named Galen. Seizing an opportunity to talk alone, Picard explains to Riker that while on an expedition, he found that a site had been looted and practically destroyed, so he wanted to search out who was responsible. He tracked down the mercenaries to the bar on Dessica II, asked too many questions and was taken captive. Rather than being “vaporized,” Picard was actually beamed away by weapons that activate their transporter. He then convinced his captors that he was a smuggler who was an expert on appraising relics, so that he could stay on board and learn why they are stealing Romulan artifacts. Believing that Baran is looking for something specific that he’s keeping to himself, Picard tells Riker to get close to Baran and gain his confidence.

Meanwhile on the Enterprise, Data surmises that the next target for a mercenary raid will be Calder II, which has a small Federation outpost with limited defenses, so as acting captain he sets a course for that planet. Picard learns that Baran’s next objective is indeed the Sakethan burial mounds on Calder II, and points out that it’s defended by Starfleet. Baran expects they can destroy the outpost, but Picard convinces him to avoid violence by using Riker to help them get through Federation controls. When the mercenary ship reaches Calder II, they encounter problems with their raid, so Baran orders the Starfleet outpost destroyed. But the Enterprise arrives on the scene and fires upon them. Baran prepares to engage in combat with the starship.