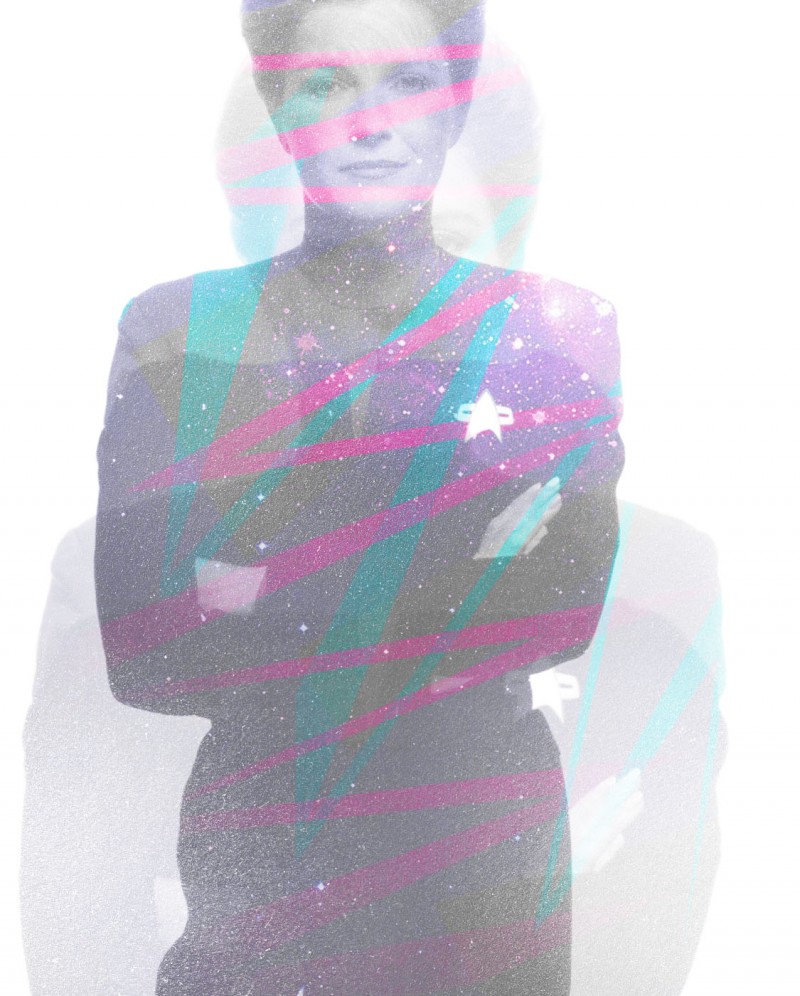 Voyager diverts through a dense nebula to prevent detection from two nearby Vidiian planets. As they exit it, the ship hits subspace-turbulence and suffers from power-failures. B’Elanna Torres begins a series of photon-bursts to keep the antimatter-reaction in the warp-engines alive. The action causes systems to fail across the ship, including hull-ruptures and other casualties, including the loss of Harry Kim through a hull-breach and the newborn Naomi Wildman due to failures in her life-support system. Kes, en route to provide medical attention for the wounded, disappears through a space-time rift. As the crew recovers, Torres discovers there is air on the other side of the rift, and believes that it may be possible to rescue Kes. The bridge-crew is forced to evacuate the bridge as it is engulfed in flames, but as she leaves, Captain Kathryn Janeway sees a ghostly image of the bridge-crew, calmly at their stations.

The viewer is then shown the immaculate bridge of Voyager, where that version of Janeway watches a ghostly image of herself evacuate the bridge. This Voyager has not suffered from any ill effects, but is aware of a duplicate Voyager due to Kes’s arrival through the rift. The respective crews are able to make contact with each other, and conclude that upon exiting the nebula, Voyager and its crew were duplicated as a result of the proton-bursts, creating “quantum doubles”. However, this did not replicate the anti-matter, and both ships are suffering from power-losses.