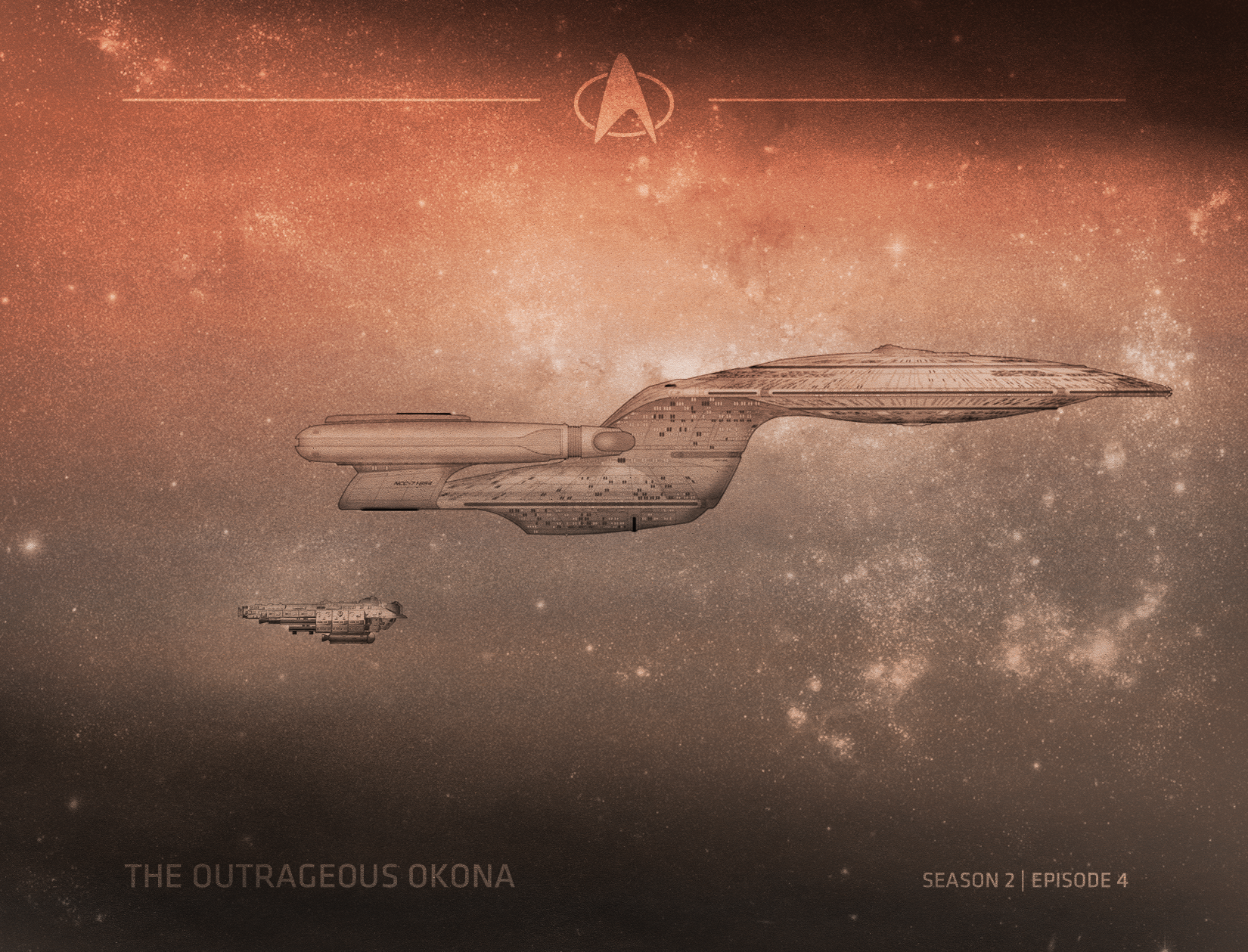 As the Enterprise passes through the Coalition of Madena, it detects a small cargo ship, manually controlled by its single occupant. The crew make contact with the pilot Okona, who requests help to repair a part on his ship. Captain Picard agrees, and has the Enterprise tow Okona’s ship while Okona is brought on board. The crew soon finds that Okona has taken a keen interest in the women on the ship (including a crew member played by Teri Hatcher), and is in no rush to effect repairs.

Continuing through the sector, the Enterprise is set upon by ships from two different planets, both of which lock their laser weapons upon the Enterprise. Both ships are vastly outclassed (it is remarked that their weapons would be easily defeated by the navigation shields alone). Debin, from the planet Atlec, accuses Okona of impregnating his daughter Yanar, while Kushell from the planet Straleb asserts that Okona has stolen a state treasure, the Jewel of Thesia. Okona denies either accusation, considering he holds himself to a gentlemanly code of conduct. Picard offers to arbitrate the dispute. During the discussions, it becomes clear that Okona is innocent, used as an agent by both Yanar and Kushell’s son, Benzan, who are in love with each other. Yanar is pregnant with Benzan’s child, and to rectify the situation, Benzan offered to marry Yanar, using the Jewel of Thesia, rightfully his, as a courting gift. Okona only served as an agent between the two lovers. While learning of this secret relationship infuriates both Debin and Kushell, Picard cannot get involved in the internal political disputes between the two planets and allows Okona to go on his own once his ship is repaired. Debin and Kushell are left to argue about wedding details.

A side plot involved Lt. Commander Data attempting to discover humor after meeting Okona. Prompted by Guinan, Data uses the holodeck to generate a comedy club setting as well as a standup comic played by Joe Piscopo, but soon finds its virtual audience poised to laugh at anything he says or does. Note Data mistakenly calls a fish an amphibian in his dialog with the comic. Though Data is able to unintentionally make the crew laugh as they release Okona mimicking the “Say good night, Gracie” joke, he does not at first understand the joke himself.