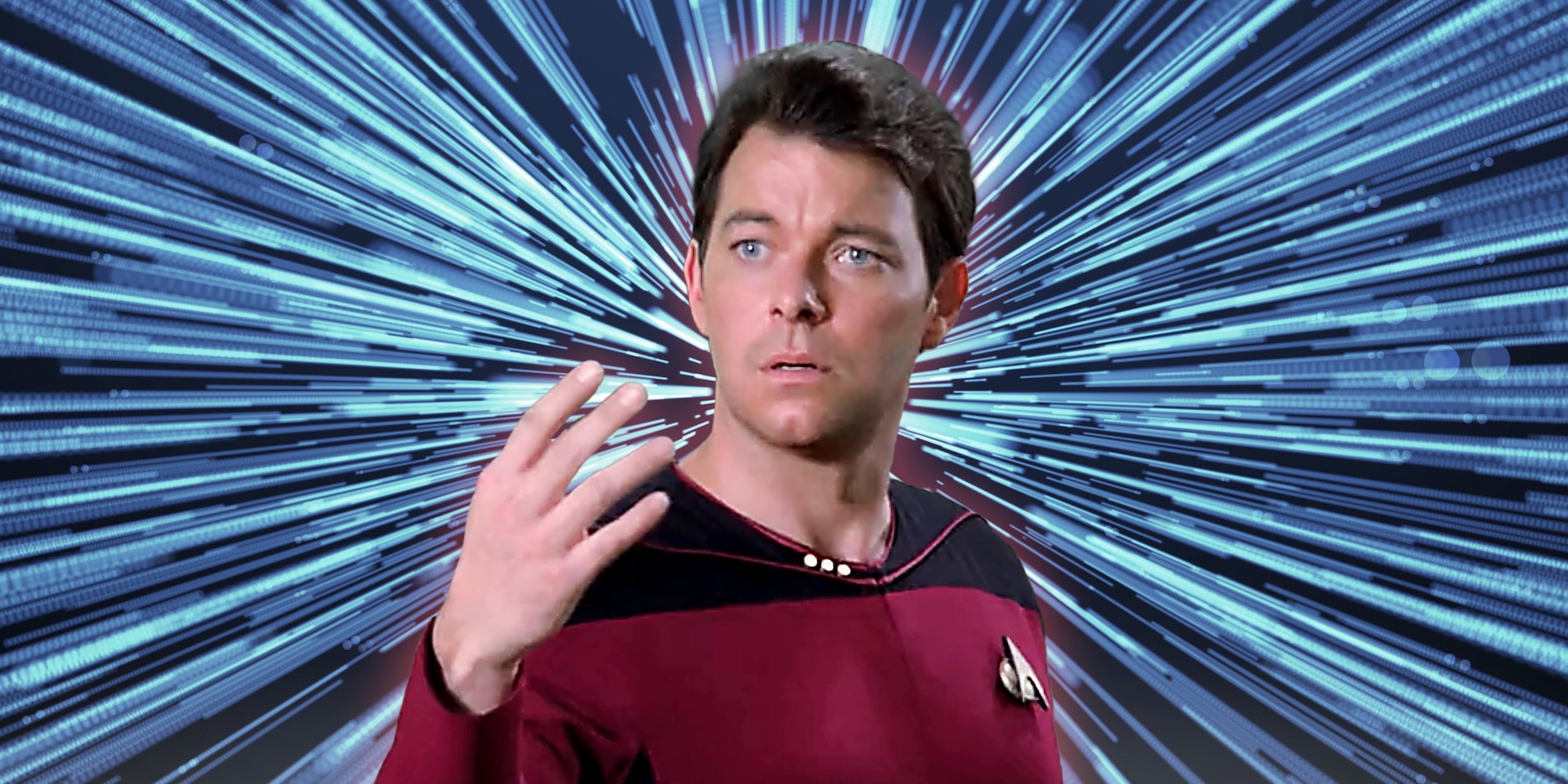 The Enterprise encounters a superior entity from the Q Continuum, intrigued with the human race after a previous encounter. Q singles out Commander Riker and sets out to prove that mankind will succumb to its desire when presented with the opportunity. Convinced of his idea of humanity, Q sends the Star Trek crew to play a game and gifts Riker with incomprehensible powers. Riker is tempted, but ultimately resists the urge and Picard wins his wager with Q. 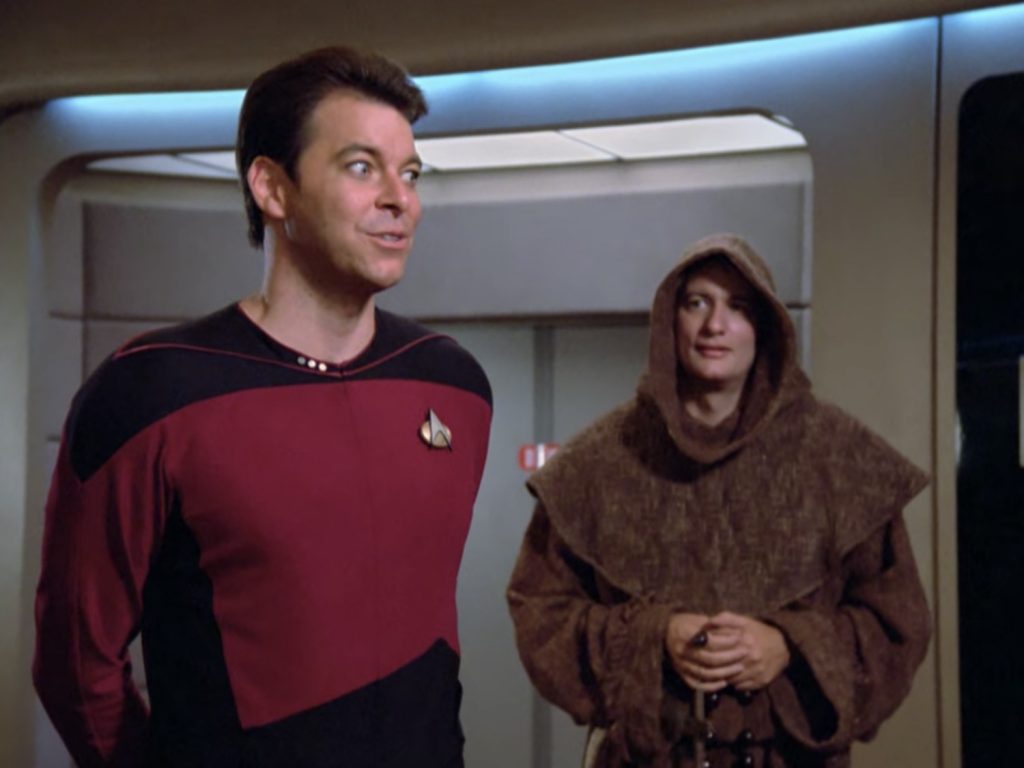 Naturally, a critical situation emerges after Riker is gifted with immense power. The commander finds himself in a moral dilemma: use his power to his own benefit, and cause inevitable harm to the natural development of humanity; or resist the temptation and reject Q’s power.

The urge to use or abuse one’s power and ultimately whether humans are inherently self-centered has been illustrated in the 4th century BCE by Plato in The Republic: Book II, with the story of “The Rings of Gyges”. A short summary follows.

“When given a ring, a shepherd named Gyges becomes invisible and anonymous. Through his invisibility, he seduces a queen, kills her king, and takes over the kingdom.”

Plato argues that the Ring of Gyges – invisibility, and anonymity – is the only barrier between a just and an unjust person. In essence, people are unjust by nature and when given the power to do whatever one wants with no consequences and without punishment, people will use their power to their benefit. Plato illustrates that people only act in a just manner because they are motivated by selfish reasons. 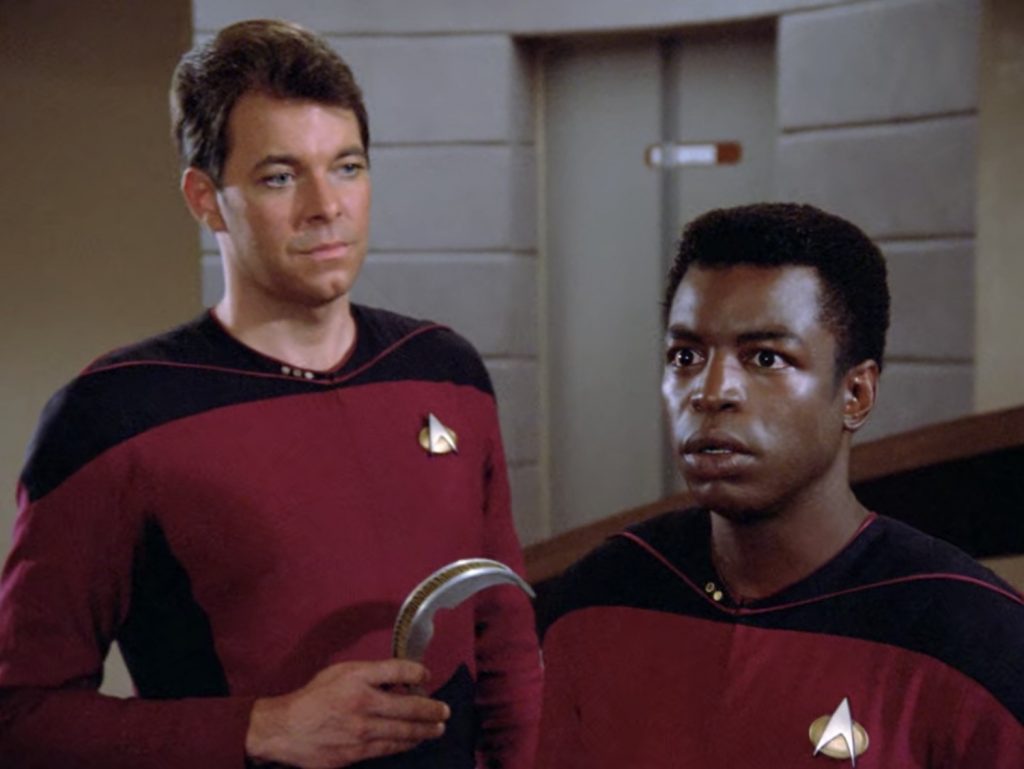 Commander Riker or, Number One, is obviously tempted by his powers and subtle changes in his behaviour can be noticed immediately. Confident in his ability to do no harm, Riker presents the crew with the opportunity to be granted their biggest dreams. To Riker’s amazement, everyone ends up rejecting his offer, to no surprise of Picard. Finally, the commander comes to the realization that Picard is right and gives up his powers, not because it is just, but because he realizes what a fool he was for believing he could simply make his crew’s dreams a reality.

How did Picard know that the crew would reject the gifts? When Riker granted each crew member their greatest wish, he infringed on the natural purpose, progress, and drive, by taking away their goals, aspirations, and dreams. As soon as the crew was granted their biggest dreams, they did not know what would be next.

To quote Theodore Roosevelt: “Nothing in the world is worth having or worth doing unless it means effort, pain, difficulty [..] I have never in my life envied a human being who led an easy life. I have envied a great many people who led difficult lives and led them well.”

“I never wanted to compound one illusion with another. It might be real to Q, perhaps even you [Commander Riker][…], but it would never be so to me.”
– Data, Hide and “Q” 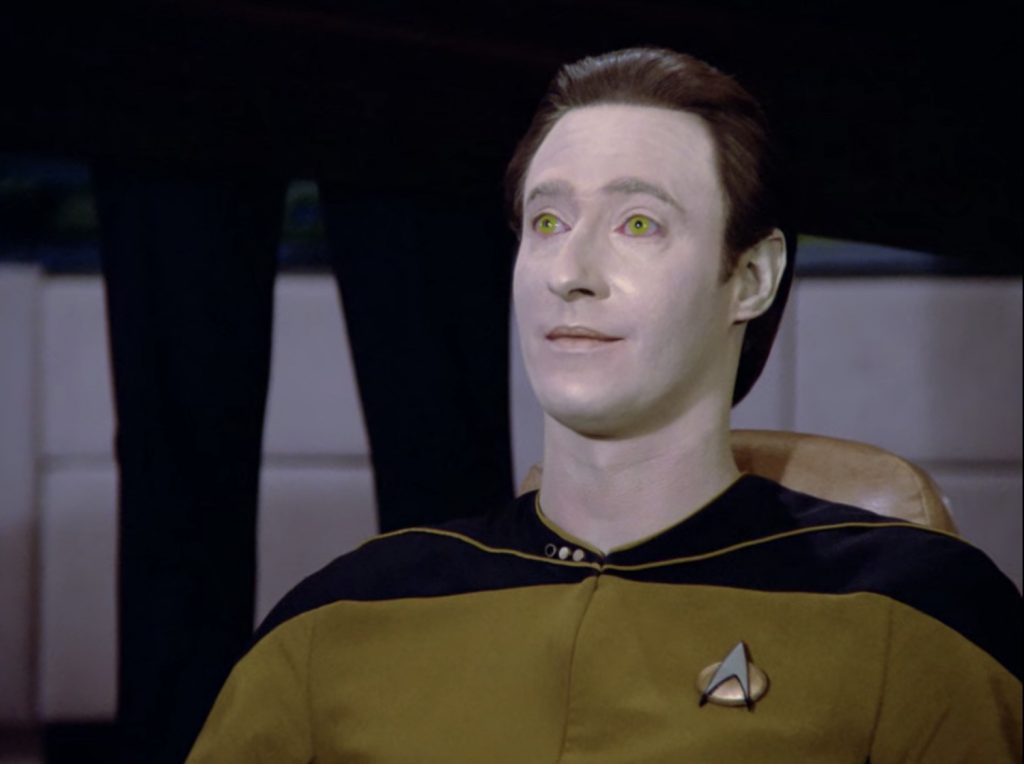 Data recognized the true issue behind accepting those gifts, although he would accomplish his dream, Data wouldn’t really accomplish anything. People struggle to stay motivated and productive once they achieve their life goals, this would also be true for the Star Trek crew. Why keep exploring the universe when they can have everything they can imagine right now?

Even the Q, as a superior entity, discovered that humans are unusual creatures. The compulsion of mankind continuously growing stronger and evolving faster towards an unforeseen future, and may become even stronger than the Q continuum itself. This is what frightens the Q. This superior entity cannot understand this human drive towards goals and for a purpose that results in exponential progress. It is what unlimited powers would ultimately destroy, stopping all progress in its track. I like to compare this situation to a kid that has all the toys yet is very bored. It doesn’t know what to do with its time and needs others to be entertained. There is no drive to aspire for more and to work hard when everything is already accomplished.

As a purpose-driven individual, I concluded that this episode also underlines the importance of having goals and dreams to work towards and that achieving them comes with a lot of responsibilities. There may be many ways of achieving a goal at any given time, but only one way will allow you to build the fundamental understanding and base to continue striving for even bigger goals. 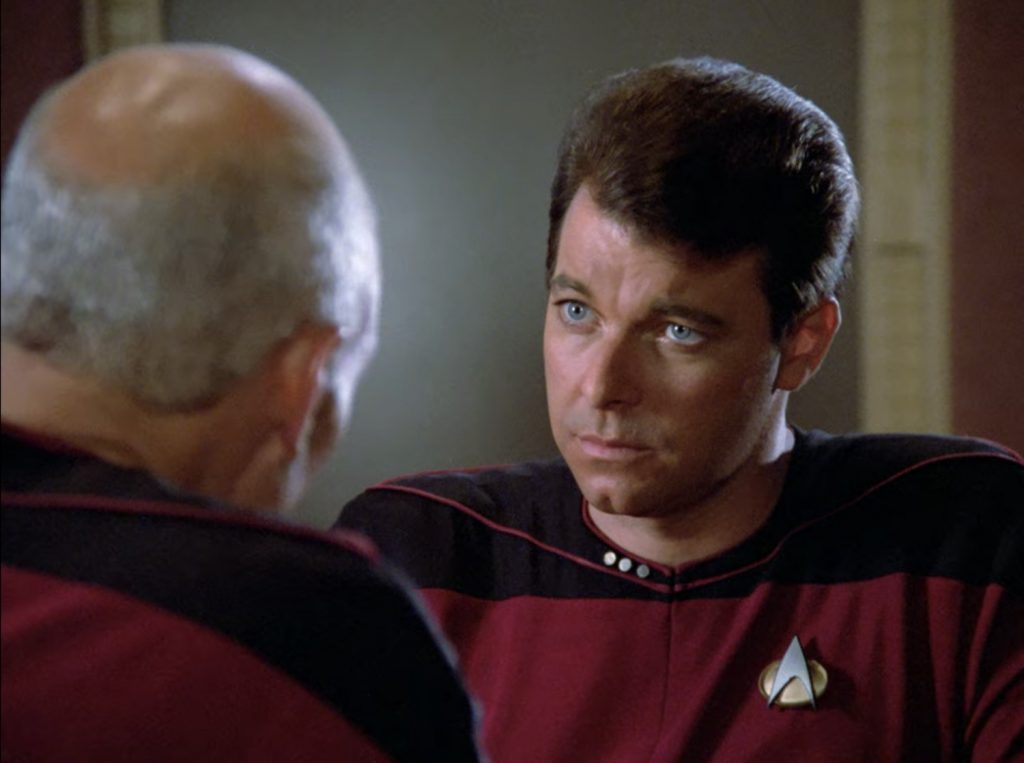