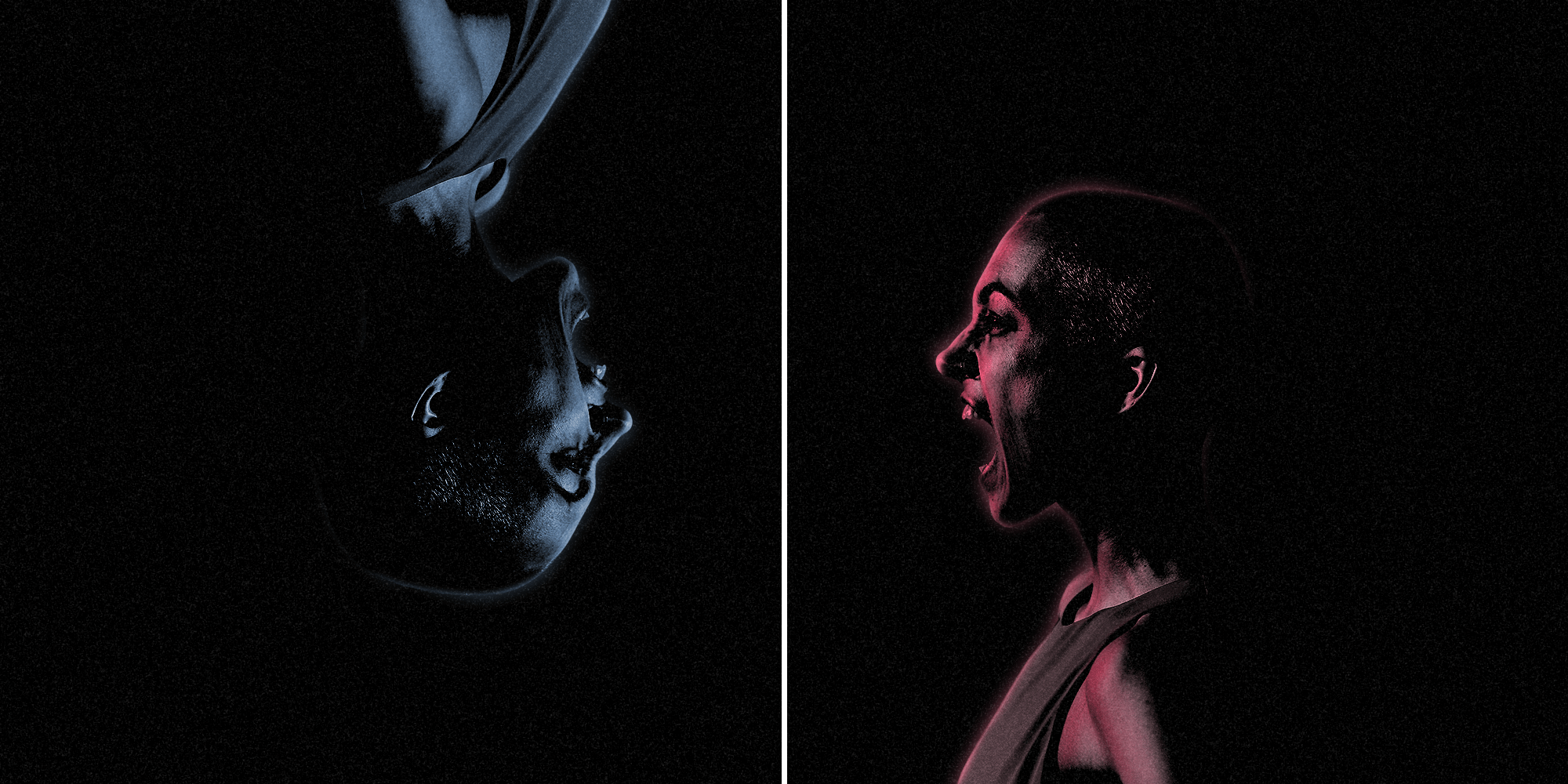 Imagine a client staring blankly at your presentation without a clue what you’re trying to say. A marketing nightmare for us, a diplomatic nightmare for the Star Trek crew who meet a species whose language is incomprehensible. On Friday, September 3rd, PD’s Friducation Star Trek-scapade went where no linguist has gone before, exploring how much we take for granted in our basic communication.

This episode reminds us that real extraterrestrials won’t merely sound like us with foreign accents.

It’s only words, and words are all we have…

Darmok (TNG, S5E2) is themed around the question: how do we open a dialogue with a species whose language is based on an entirely different structure than ours?

Darmok has become one of Star Trek: Next Generation’s most popular episodes because its invented alien language is filled with so many evocative, quotable lines. “Shaka, when the walls fell” and “Mirab with sails unfurled” don’t make sense, but once you get it, they do.

The episode begins with the Enterprise en route to the planet El-Adrel to rendezvous with a Tamarian ship. Previous encounters with the Tamarians have described them as an “Enigmatic” species, as nobody has been able to decipher their language. 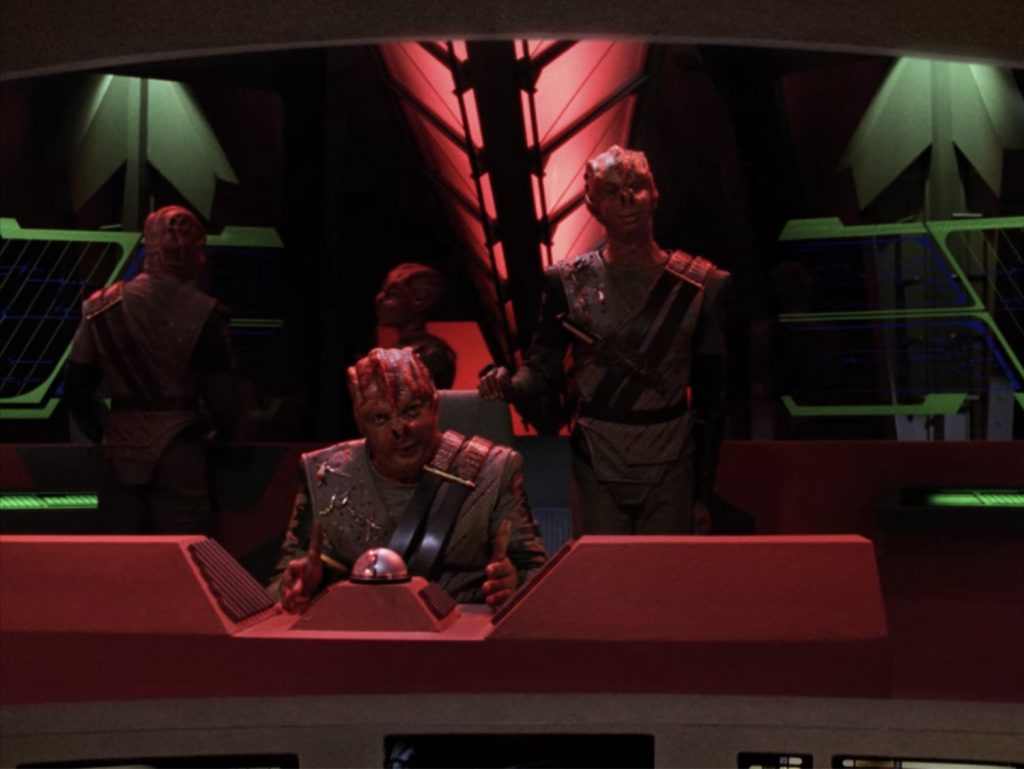 Star Trek, when the words fell

Captain Picard’s first attempt at dialogue is no more successful. The Tamarian Captain appears onscreen with a string of words that sounds like it was run through a bad Google Translate: “Rai and Jiri at Lungha. Lowani under two moons”. Even with the universal translator, the phrases make no sense.

Picard responds: “Would you be prepared to consider the creation of a mutual non-aggression pact between our two peoples, possibly leading to a trade agreement and cultural interchange”, leaving the Tamarians with a blank look.

After a few unsuccessful attempts to talk to each other, the alien Captain consults with his First-Officer and appears to arrive at a decision, uttering the word “Darmok”. His First-Officer shakes his head and replies, “Rai and Jiri at Lungha!”. The two are obviously disagreeing over something, but when the Captain emphatically states, “Darmok at Tanagra”, the debate is clearly over.

A moment later, Picard is beamed off the bridge and transported to the planet below, where he’s met by the Tamarian Captain, Dathon, who is holding up two daggers. A dual? Dathon tosses Picard one of the daggers, but he refuses to pick it up. “I certainly didn’t come here to start a war…”. 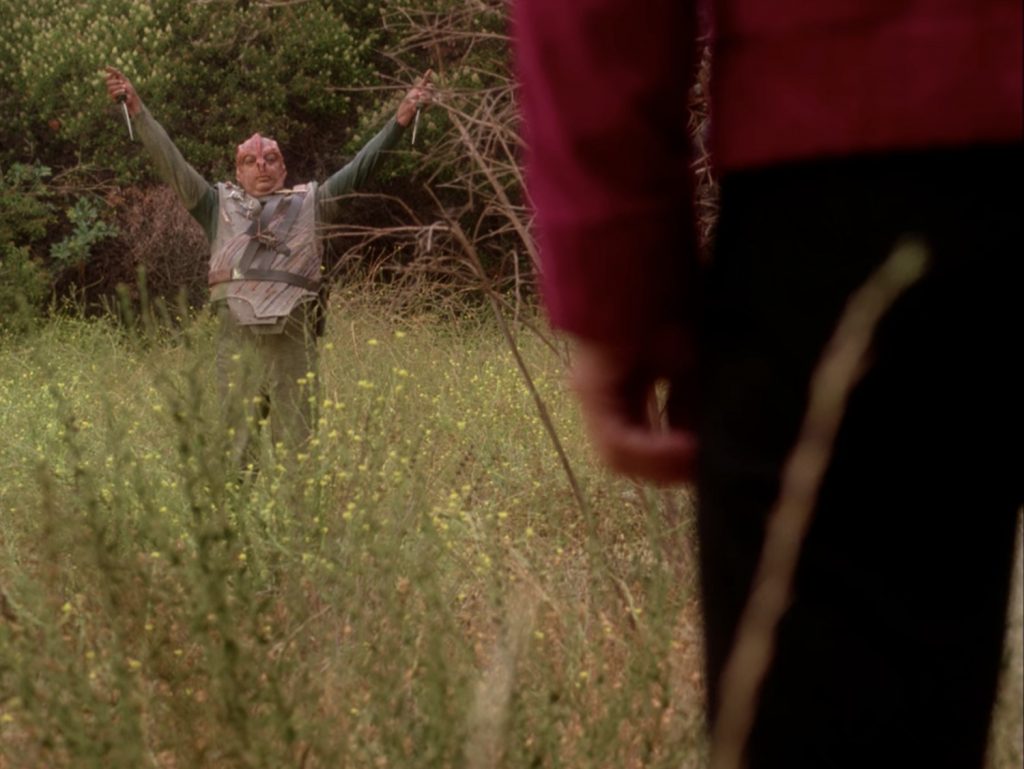 Picard: “What does that mean? Fire?”

Picard grasps the basic meaning. “Temba is a person. His arms wide … because he’s … he’s holding them apart. In… generosity. In giving. In taking. Thank you.” A first glimmer into Tamarian communication.

The next morning, Picard is woken by an agitated Dathon. “Darmok! Darmok and Jalad at Tanagra!” A loud growl is heard from a distance. Picard finally accepts the dagger Dathon had offered the day before. The growl is getting closer. As the two captains team together to face the approaching predator, Picard begins to piece together the actions and their association with the Tamarian words.

Picard: At Lashmir? Was it like this at Lashmir? A similar situation to the one we’re facing here?

Picard: A strategy? With fists open?

Dathon: His army, with fists closed.

Communication has finally been bridged, however the epiphany is short-lived. The beast materializes and attacks, wounding both Picard and Dathon. 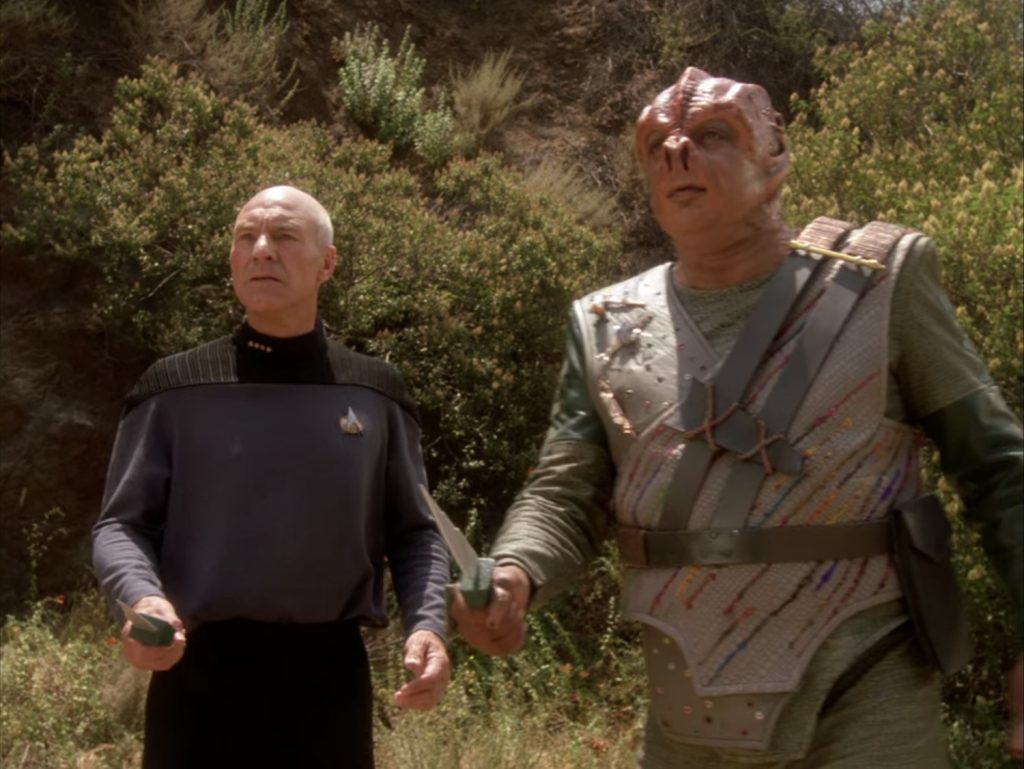 At that moment, Picard is unceremoniously transporter-jacked for the second time in the episode, this time by his own ship. While he and Dathan had been engaged in their unique team-building exercise, the Enterprise crew had been trying to solve the Tamarians’ particle scattering field, which had blocked attempts to retrieve Picard. However, enveloping Picard in a transporter beam just as he and Dathan had established communication. The beam doesn’t hold, Picard rematerializes in the same spot on the planet, but it’s too late, the beast is gone and Dathan is left badly wounded.

Gilgamesh and Enkidu, at Uruk

As night falls, this time it’s Picard building a fire to keep his new ally comfortable. Understanding now that Darmok and Jalad at Tanagra was a metaphor for their current situation, Picard is able to share his thoughts with the weakening Tamarian Captain.

“You hoped that something like this would happen, didn’t you? You knew there was a dangerous creature on this planet and you knew, from the tale of Darmok, that a danger shared might sometimes bring two people together.

Darmok and Jalad at Tanagra.

In a touching scene, as Picard cares for the dying Tamarian Captain he translates the tale of Gilgamesh into metaphor-based images, sharing some of Earth’s history with his new ally. 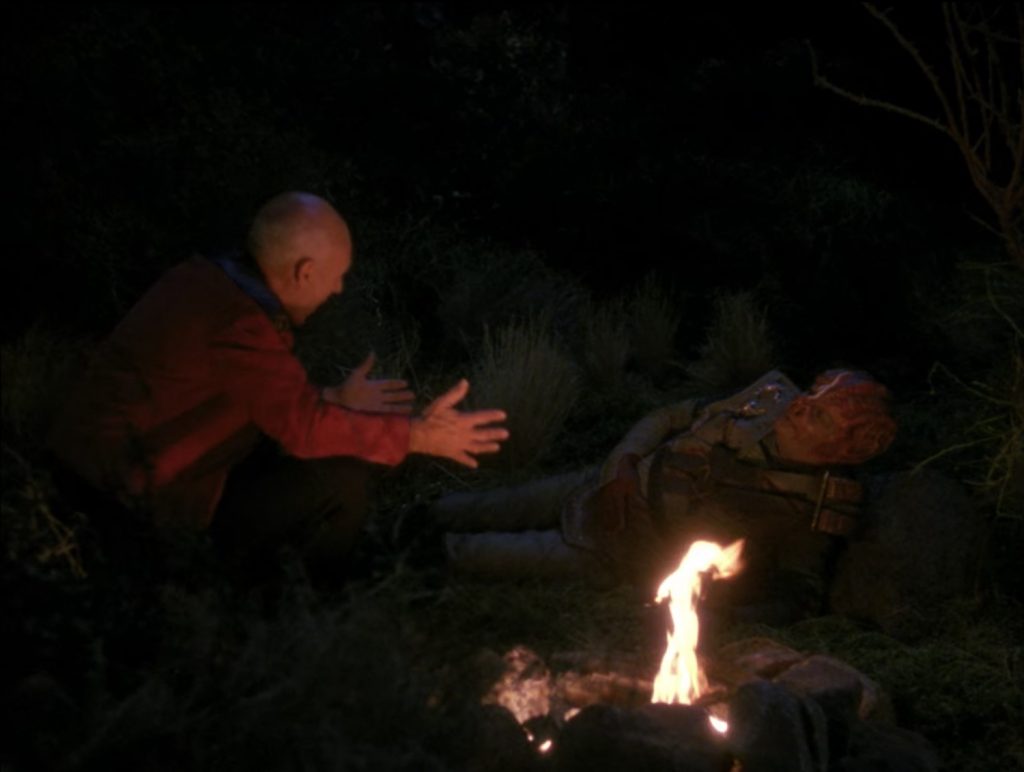 The Tamarian Captain dies from his injuries as the beast is approaching again, the Enterprise disables the Tamarian ship’s particle field and beams Picard back onboard. The rescue is seen as a hostile act. The Tamarians fire back, abandoning diplomacy and engaging in battle.

But before the superior Tamarian weaponry can overpower the Enterprise, Picard bursts onto the bridge. Addressing the opposing First-Officer, Picard flexes his new Tamarian linguistic skills with a stream of metaphors that explain what took place on the planet, and how their Captain met a noble end. The First-Officer bows his head in acknowledgment. Picard holds up Dathan’s log, brought back from the planet. It’s beamed to the Tamarian bridge, where its story of “Picard and Dathon at El-Adrel” will now be inscribed into Tamarian lore.

In a final act of respect, Picard holds up the ceremonial dagger as an offering. “Tembo. His arms open.” 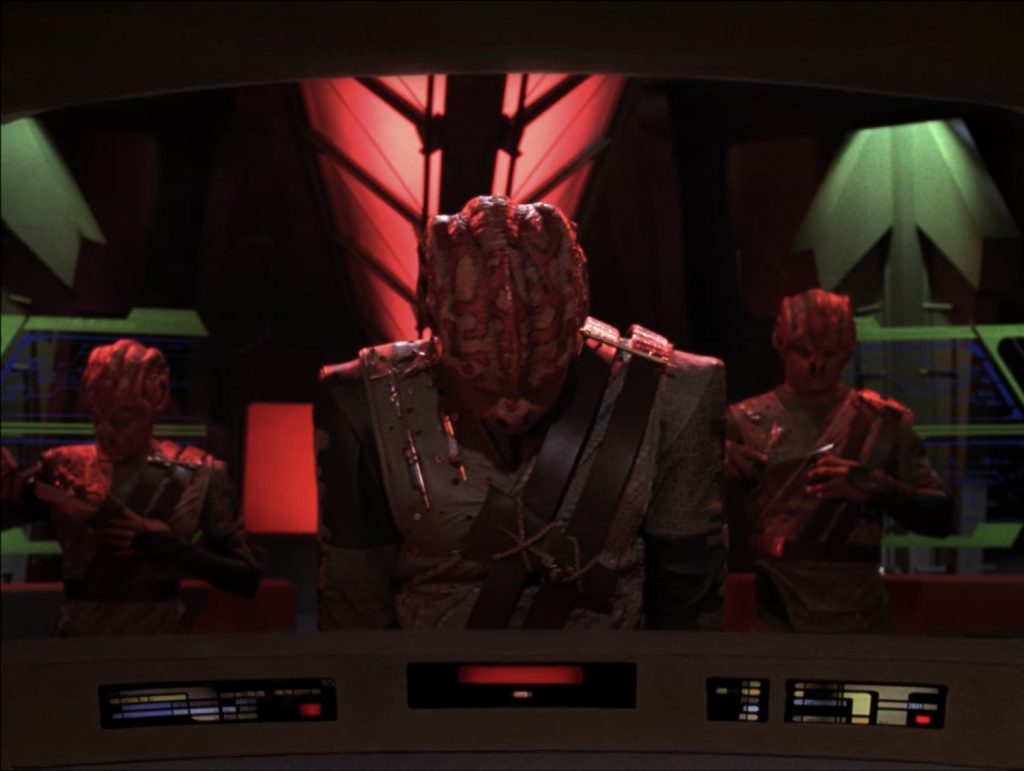 The meaning behind the meaning

Because of its unusual approach to linguistics, Darmok has been a source of debate among Star Trek fans. One interpretation questions the claim that the Tamarians speak in metaphors. Perhaps a more accurate description is that Tamarians speak in strategies, which would be far more efficient. If Darmok and Jalad at Tanagra was simply a poetic image it would have very limited use. However, if those words were a complete instruction manual for what to do in a specific situation, then it’s possible to put in motion complex actions with the details already understood, like a set play in football. The short bursts of Tamarian imagery could pack hundreds of granular details, learned over time.

The other interesting note is that although Tamarian grammar is different, they use the same mathematics. Their speech includes numerical references (“Lowani under two moons”), suggesting that math is the universal language.

Perhaps that’s more analysis than the episode deserves, but the best Star Trek episodes are self-contained parables that lend themselves to discussion. Darmok is neither the most exciting nor the best written episode in the series, however there’s something compelling about ‘Firsts’.

Darmok, Jalad, and PD, at Friducation

One last thought about our own communications. Here at Pixel Dreams our team is eclectic, from different places of origin, with various first languages. But through our company culture, shared values, collective purpose, and mandatory reading assignments, we are meeting on the same playing field and developing our own company language. The results speak for themselves. 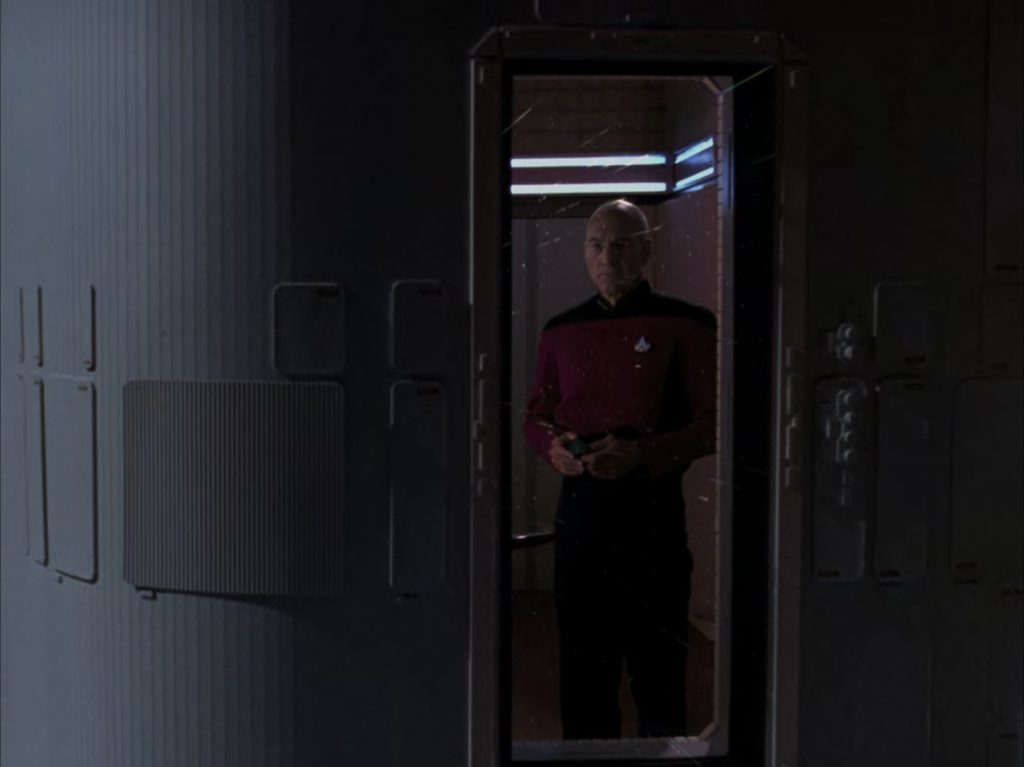