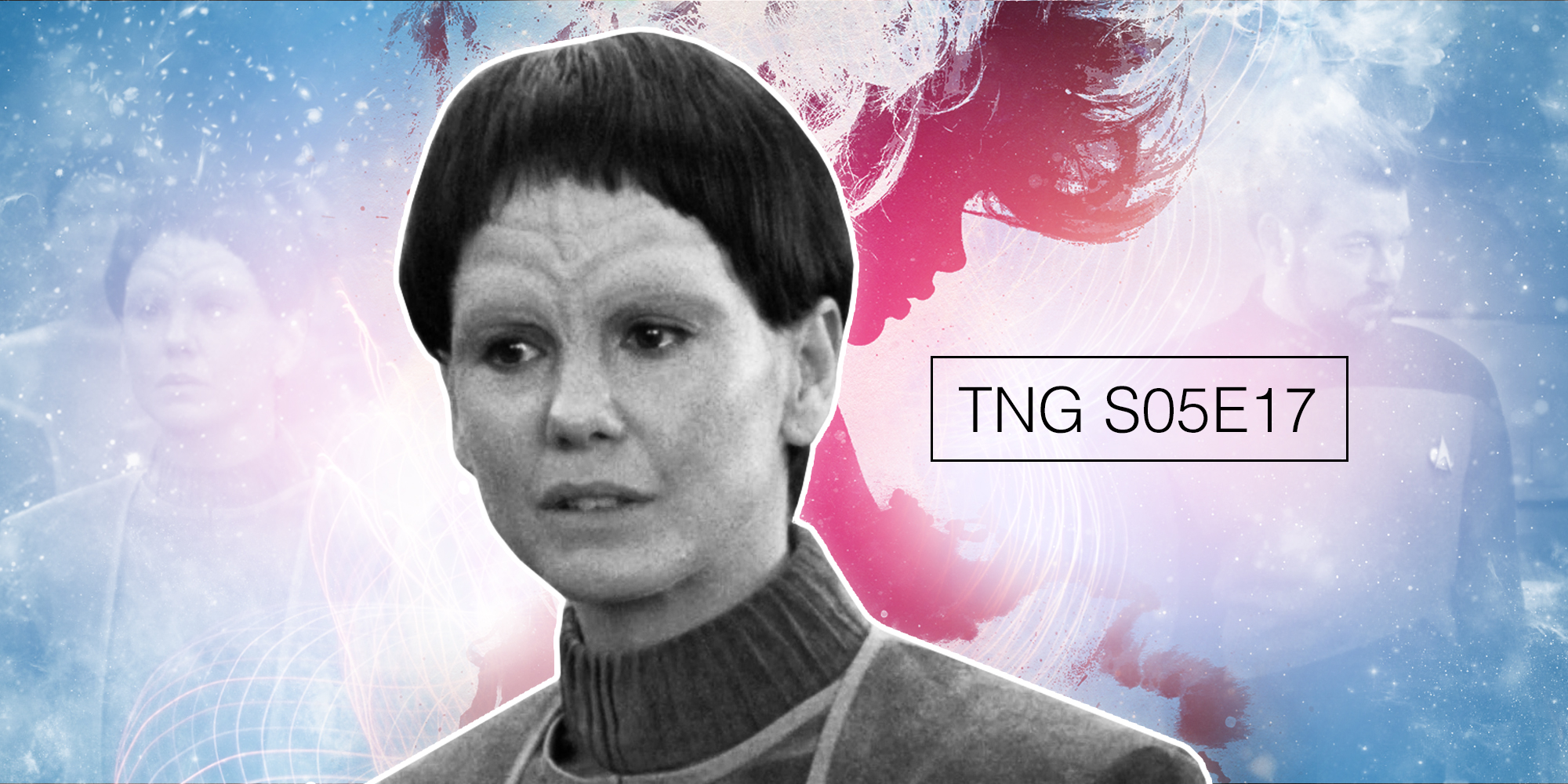 Friday the 13th is marked by a prevailing atmosphere of superstition, the origins of which are believed to lie in Norse mythology. Lore describes Loki — the god of mischief (often turned-evil) crashing a dinner party of twelve gods at Valhalla and tricking one guest into killing another. On Friday the 13th of April 2018, I paid homage to this myth, crashing a hallowed Pixel Dreams gathering: Friducation screenings of Star Trek: The Next Generation. As my presence brought our attendance numbers to eight rather than 13, the calamity so often bracketed by the day was fortunately avoided. 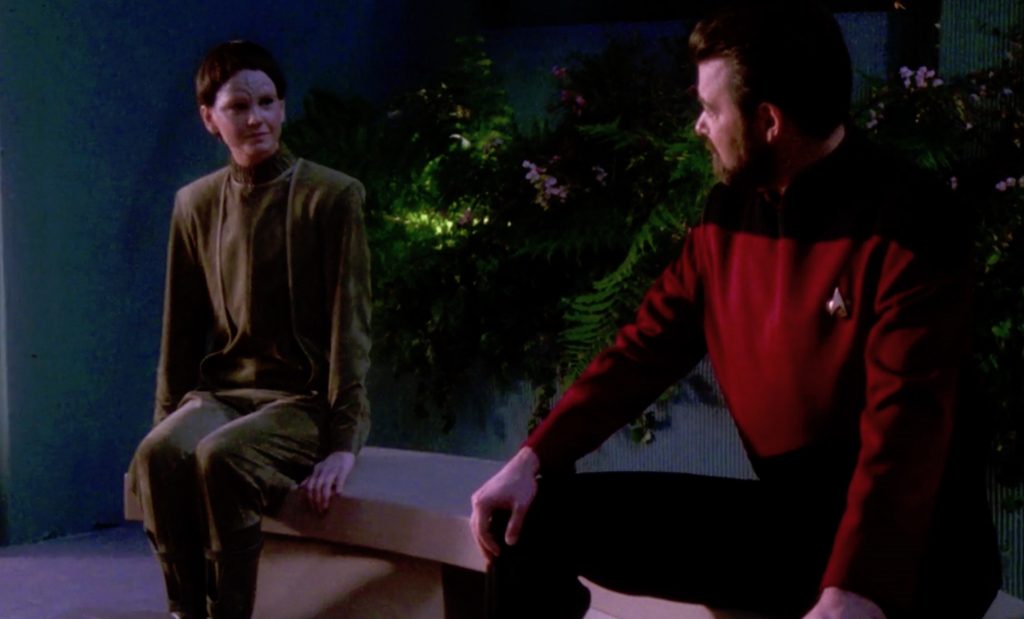 The episode at hand, The Outcast (S05, E17) dealt with social superstition, and the consequences that arise when the condemnation of an existence as ‘unnatural’ is codified into behaviour and law. Riker is working closely with Soren, a member of the J’naii race, to rescue the latter’s ship from a dangerous patch of ‘null space’. In the process, the pair becomes romantically entangled. The J’naii are an androgynous race, evolved to eschew gender roles and their biological markers. But with this evolution came prejudice. Heteronormative desires are policed and ‘treated’ by the J’naii with a form of conversion therapy.

The bigotry of the J’naii clearly reflects the contemporary (and enduring) intolerance of same-sex and non-binary relationships. The series’ willingness to approach such subject matter in 1992 sets The Outcast apart, and the episode contains moving speeches that remain heartrendingly relevant. But its handling of this subject matter is facilitated by reversal, exploring gay rights through a race that treats heterosexuality with the prejudice with which our planet treats homosexuality. This reversal relieves the episode of the need to actually portray a non-binary relationship. This sense of reservation is also conveyed by the casting of actress Melinda Culea in the role of the Soren. Producer Rick Berman told the San Jose Mercury News that “having Riker engaged in passionate kisses with a male actor might have been a little unpalatable to viewers”, revealing the series’ reticence to engage with the issue on which it commented.

“having Riker engaged in passionate kisses with a male actor might have been a little unpalatable to viewers”— Series Producer Rick Berman, quoted the San Jose Mercury News

After Riker and Soren’s feelings are discovered by the J’naii, Soren faces a trial of her peers and is forced to undergo conversion therapy. Despite Riker’s attempts to deliver her from this fate, the society in which Soren exists is capable of convincing her that she is indeed ‘sick’. The episode ends on a disturbing note, with Soren returning to her people and Riker declaring Starship Enterprise’s business with her race “finished” — speaking to both the relocation of their lost ship and his burgeoning relationship with Soren. That Soren’s fate in the episode is unhappy and unresolved seems to speak to both the ongoing intolerance in the world of the audience and Star Trek’s tentative approach to the non-heteronormative.