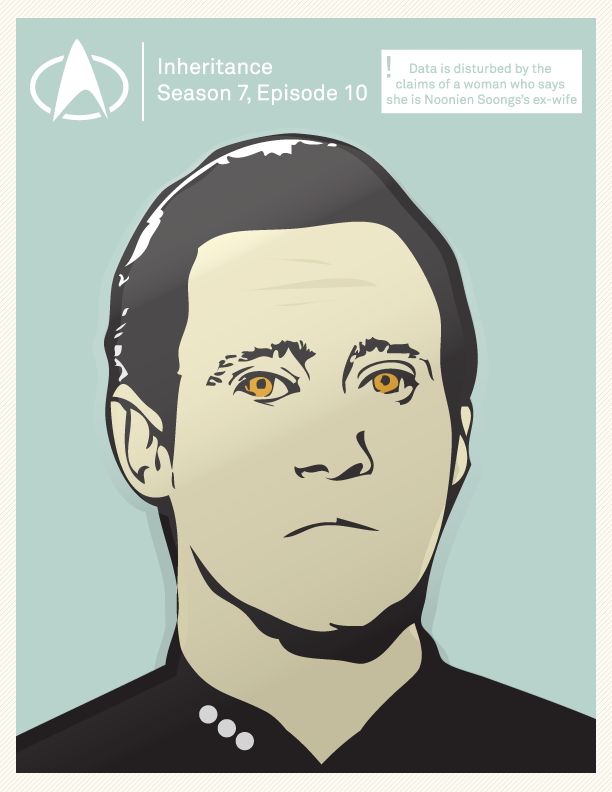 Data is my favourite character on TNG. He is an android whose deepest desire is to be human. He has qualities intriguingly like a curious child and a wise philosopher. Interestingly, he leads his life in what I would imagine an ideal human would. So much so that I want to be like Data when I grow up.

In this episode, Data met a scientist named Juliana, who then revealed to be the former wife of Data’s creator, Dr. Soong. In many ways, she was his mother. While the two bonded, Data had a hunch about her identity. Later, in an accident, Data found out that she was an android like him. She was created by Dr. Soong after the real Juliana died.

While Juliana was unconscious from the accident, Data found himself in a difficult dilemma: to tell or not to tell.

To tell: he would no longer be a lone android. He would have someone to share his android identity with.

To not: he would let his mother have what he wants the most: humanity.

Like a kind human would do, Data chose to sacrifice his own interest.