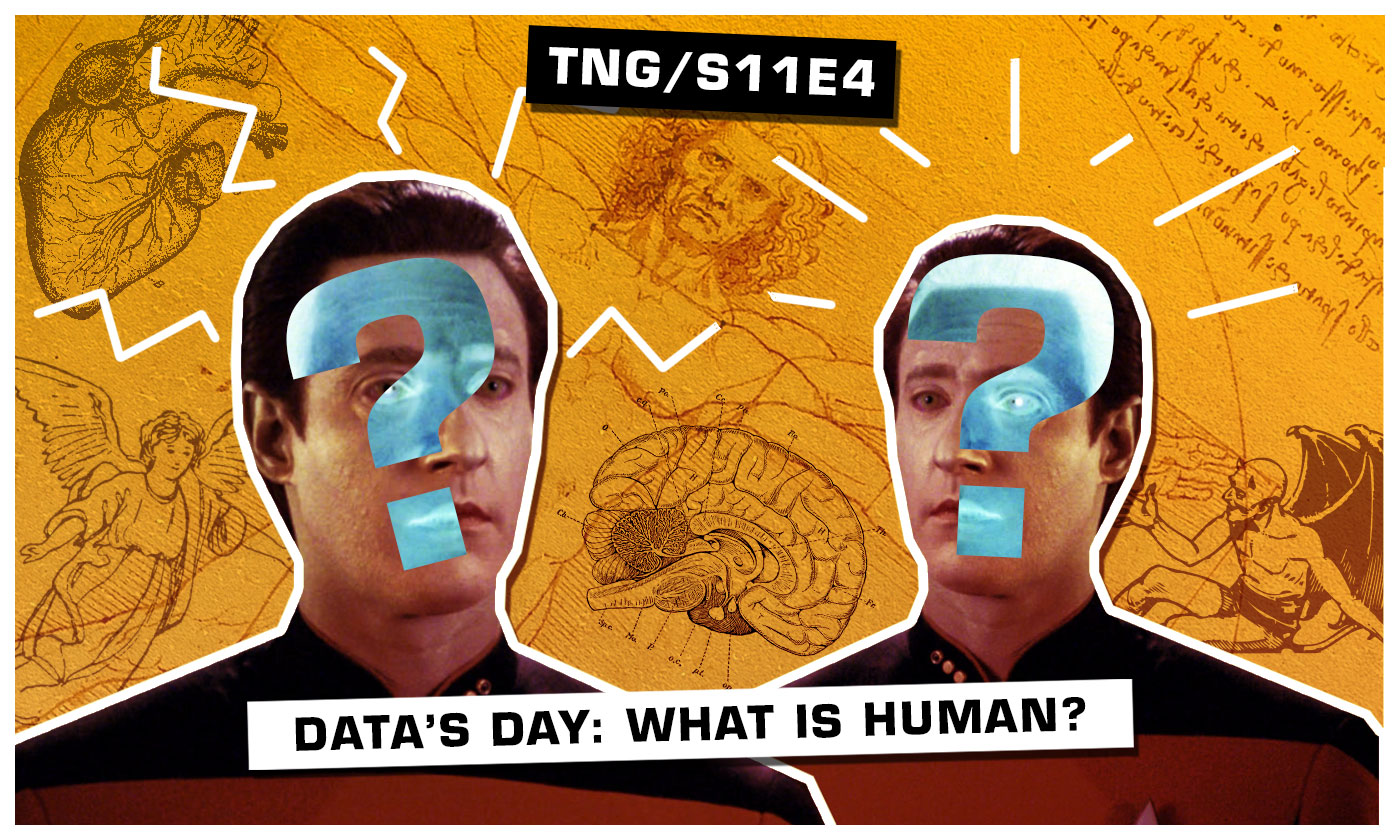 As someone who is still familiarizing herself with the world of Star Trek, each episode is a refreshing take on questions of philosophy and science. I always find myself mulling over the themes and challenges facing the Starfleet team for hours, often unable to come to a final verdict. When tasked with writing about the latest episode we watched at PD, I was expecting this. What I was not expecting was for it to be a catalyst for my endless wonderment at what it means to be human.

Throughout the series, Data often emphasizes that he’s an Android and thus, an outsider. He’s a machine that will forever struggle with much of what comes easy to us humans. This may be true in most episodes, but not this particular one. In fact, Data spends the majority of this episode stressing how lacking he is in human ability which, ultimately, sheds light on how human he really is.

Is someone who struggles with autism less human than someone who has a complete grasp on the human emotional spectrum? Not in the slightest. Does Data’s inability to understand sarcasm, maintain friendships and decipher the subtleties of human relationships make him different than humans? Not even close.

The first instance that shows Data’s humanness is when Ambassador T’Pel summons Data to her quarters. Upon his arrival, she proceeds to make some shoddy security inquiries. Her behaviour pushes Data to wish for the capacity to have a ‘gut feeling’. Our gut feelings are always there – sometimes they are so strong we can’t ignore them. Other times, we have to dig inwardly to find them.

There is no class that humans must take or an age to reach that grants us the capability to have a gut feeling. It’s just there. But I don’t believe it’s something we have exclusively. Who is to say Data’s desire for a gut feeling isn’t his version of a gut feeling? How else would he know that that situation – a sketchy and suspicious situation – required some sort of judgment outside of his machinated one? Sounds like a gut feeling to me.

The second instance is Data’s complete awareness of what he lacks. He’s cognizant of the fact that he hasn’t fully grasped sarcasm, friendly banter, and the norms surrounding gift giving. Has anyone? As noted from my last birthday, I know people have yet to perfect the art of gift giving. Humans struggle with these aspects of human interaction every day.

You feel, therefore you are

The challenges in friendships and dancing that he faces in the episode are challenges similar to those we all face. The only thing that sets us apart is his willingness to understand human emotion and our acceptance of the intangibility of it. We’ve grown complacent in the face of our shortcomings while he becomes more motivated.

Wherever you stand on the matter, there is one revelation that you cannot argue – humanness has yet to truly be defined. There is no line to be drawn, and no boundary to be made. As Data says,

“there are still many Human emotions I do not comprehend; anger, hatred, revenge, but I am not mystified by the desire to be loved or the need for friendship. These are things I do understand.”

And this drive towards love and friendship makes him as human as the rest of us.