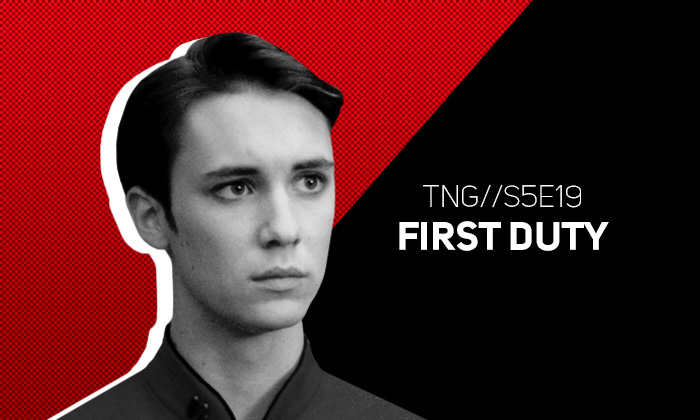 There was a hint of déjà vu at Friducation as the team watched First Duty from Season 5 of Star Trek: The Next Generation. The PDT had viewed this episode years ago and coincidentally the opening scene has the crew on the bridge reminiscing about old times at Starfleet Academy.

There’s been an accident. 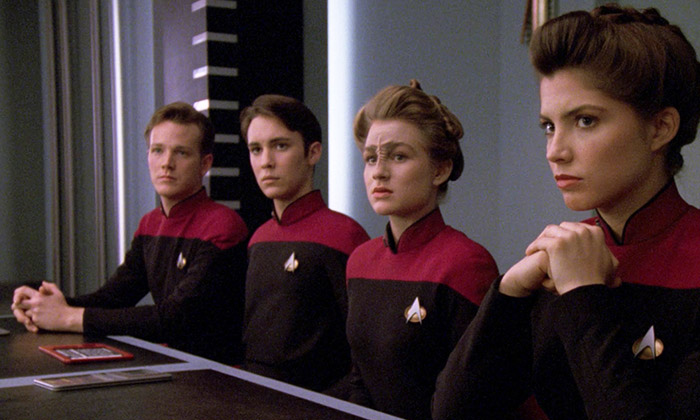 Maybe in an ideal Universe the truth is black and white but in this episode it’s shades of grey. The story is a coming of age drama recommended viewing for all students, interns, and cadets, with elements that anyone can relate to. Every school has popular cliques, every pupil faces peer pressure, everyone makes mistakes.

The relationship between Wesley Crusher and Captain Jean-Luc Picard takes center stage. With Picard as a father figure and Wesley facing a crisis dilemma. Picard tells Wesley “The first duty of every Starfleet officer is to the truth,  whether it’s scientific truth, or historical truth, or personal truth, it is the guiding principal of which Starfleet is based.” And like the PDT’s permission to play values, this episode seeks the truth.

The scientific truth is revealed through the hearing of Nova Squadron whose surviving team members, including Wesley, testify about a recent accident that cost the life of their teammate. They tell the truth but not the whole truth, and like Picard imparts on Wesley “a lie of omission is still a lie.” Further revelations are brought by Data and Geordie LaForge who use computation to study the accident pointing Picard toward the Nova Squadron’s secret. 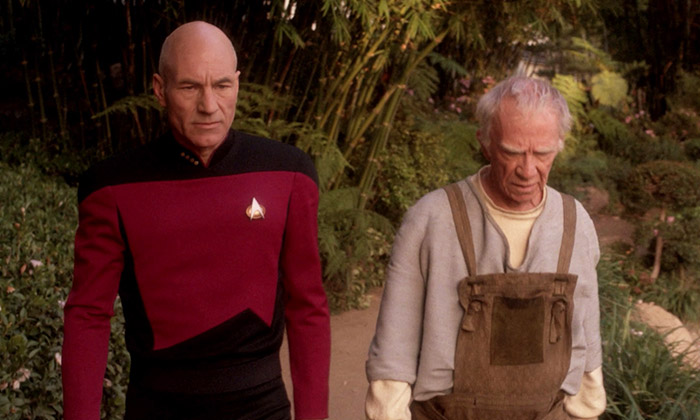 The historical truth stands out in the scenes between Capt. Picard and Boothby. A legendary Star Trek character, in some ways Boothby is comparable to Splinter of Ninja Turtles or Yoda of Star Wars. As Picard told Wesley during the Season 4 episode Final Mission, “He’s the groundskeeper. One of the wisest men I ever knew.”

We learn that Picard made mistakes during his time at the Academy and that it was Boothby’s hard advice that got Picard through. A key scene between Wesley and the father of his deceased friend, Joshua Albert, shows the consequence of the Nova Squadron’s lies. History is being written with the blame being placed on the victim while the whole team bares responsibility. Now it’s up to young Wesley to set the historic record straight.

When confronted about lying at first Wesley uses his right to remain silent. His conscience is wracked. When the Nova Squadron leader gathers that Wesley’s loyalty might be wavering he encourages him to resign and walk away to save the team.

Suspicion is not proof 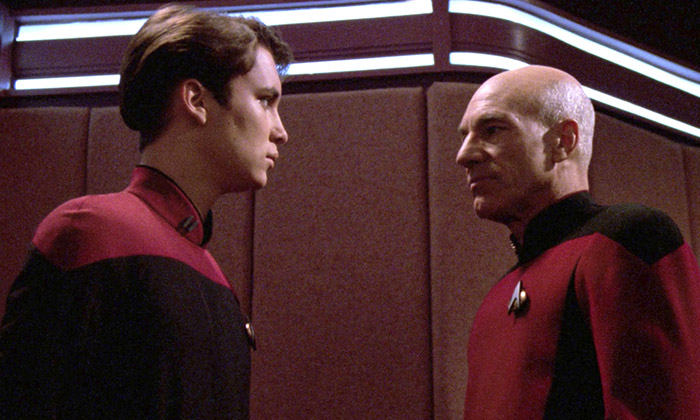 Every class has standout, this year it’s Nicolas Locarno the leader of the elite Nova Squadron, the popular all-around student that seems to excel in every aspect. When Picard is trying to figure this out Boothby tells him of Lacarno, “He’s their coach, surrogate father and best friend all in one. A natural leader. The members of that team love him. If he asks them to do something they do it, even if it means going right over a cliff.”

Nicolas Locarno was looking for a blaze of glory, to graduate as a living legend. In the end it’s infamy, he takes full responsibility for encouraging his squadron to execute a dangerous banned manoeuvre, the Kolvoord Starburst, and then covering up the truth. When Wesley gets word he remarks that Lacarno resigned to save the team. Exposing the sharp edge of the truth, where Lacarno keeps his word to the squadron while Wesley breaks his by revealing the truth at the inquiry. In a sense they both fulfilled the first duty.

Picard helps Wesley like Boothby had helped him in his younger days, by making sure he listened to himself. The personal truth is realized by Wesley Crusher, who gets a formal reprimand, revoked flight privileges, and doesn’t graduate. Sometimes the truth hurts.

“You can use a good herbicide instead of pulling the weeds with your bare hands.” — Capt. Jean-Luc Picard

“And you could explore space on a holodeck instead of a starship.” — Boothby the Groundskeeper