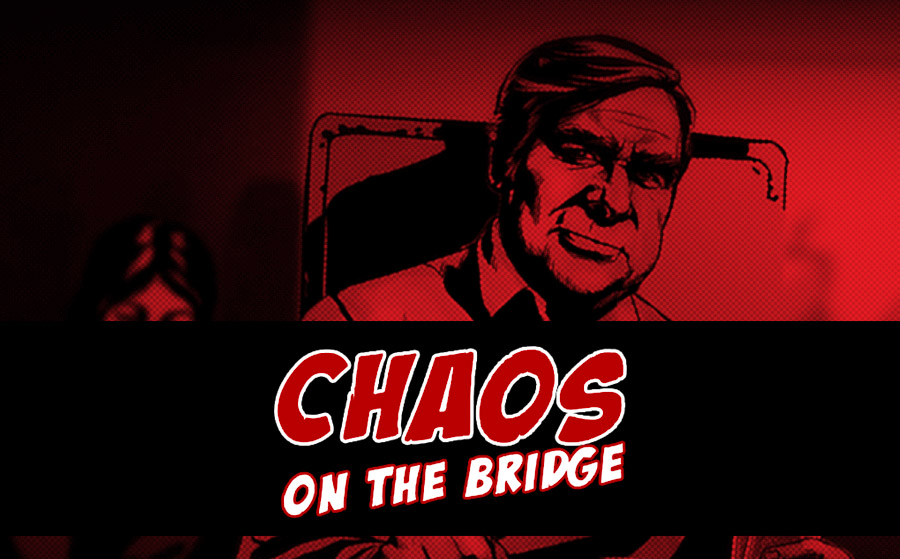 Anyone who’s spent a few hours with the PDT (Pixel Dreams Team) can tell you that Star Trek plays an important role in the Pixel Dreams and Friducation culture. On Friday, July 3rd, the PDT journeyed back in time into the early years of development of Star Trek: The Next Generation (TNG).

“Canadian acting legend William Shatner takes viewers inside the creation of Star Trek: The Next Generation, the bold attempt in 1986 to recreate the success of the original television series, in which Shatner played Captain James T. Kirk.” – IMDB

Chaos on the Bridge, is definitely not something the PDT could miss out on. This 59 minute film included interviews with past TNG writers, producers, actors and some other interesting characters involved in the show, each sharing  their unique stories.

Gene Roddenberry, the creator of Star Trek, was definitely someone I have mad respect for. Roddenberry was in extremely poor health while TNG was starting out. He spent his last few years of life working hard to ensure that TNG and the Star Trek legacy lived long and prospered.

Personally, there were a couple stories that I found very fascinating: the casting for Captain Jean-Luc Picard, in which Patrick Stewart was surprisingly not the preferred choice of anyone at the time. The second interesting aspect to TNG was the huge power struggle between the writers, producers, directors, and of course, Roddenberry. These two stories were amongst many dramatic moments in the timeline of TNG coming to life.

Trekkie or not, you’ll appreciate the amazing stories behind the success of an iconic sci-fi television series re-boot. For me, I appreciate the show even more. I give Chaos on the Bridge 4 out of 5 stars. Wish it could have been a little longer!