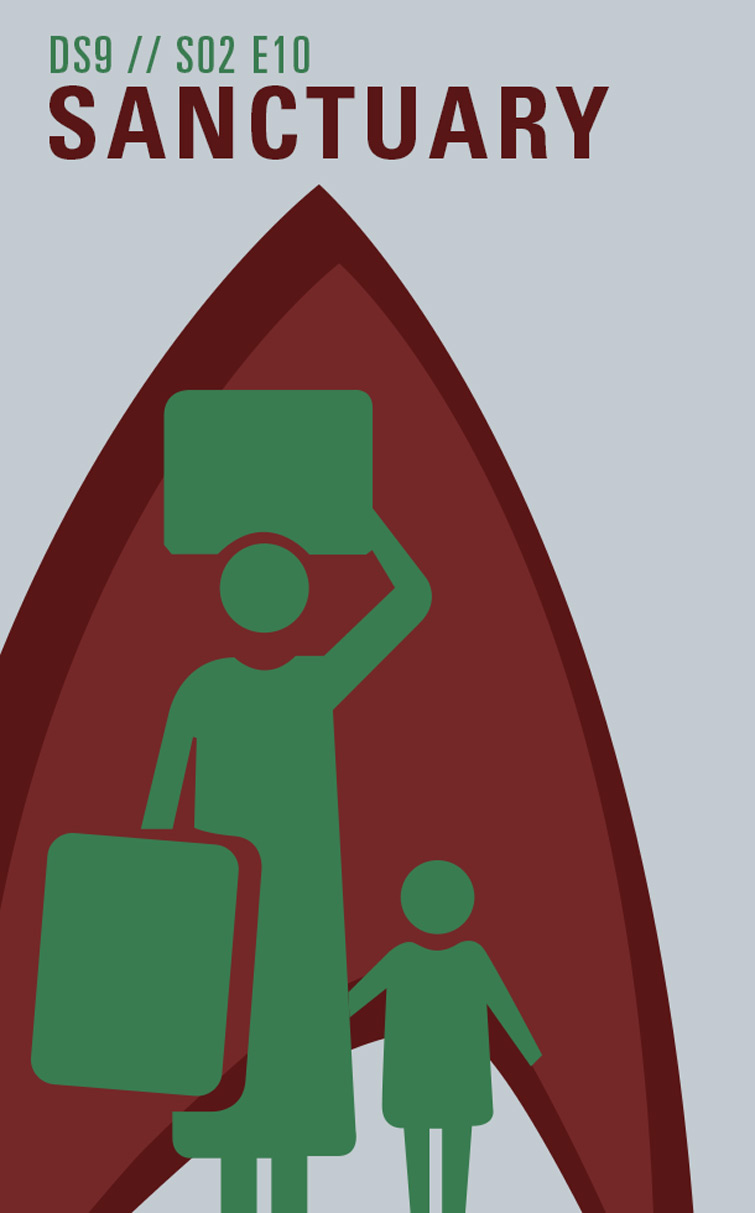 Star Trek connects us in this episode with a very important topic to humanity; Human Rights and the refugee struggle.

In this episode, the Skreeans, an exiled race, arrived to the A Quadrant and the DS9 Station in Bajor’s orbit. Skreeans, a race dominated by women, they arrived to DS9 in their search for a promise land written in their scriptures, like many cultures in our world’s history have had:

“Kentanna, a planet of sorrow, where the Skreans will sow seeds of joy.”

The first Skreean to cross the wormhole was convinced that Bajor was Kentanna. There was a lot of understanding for the Skreeans from the Bajorans, one of which said “being a Bajoran I know what is like to be displaced”. But they didn’t have enough understanding to surpass their logic and need to survive themselves.

Just like how the United Nation attempts to mediate conflicts between states, Starfleet proposed for them to take Draylon Two, an uninhabited planet. However, the Skreeans disregarded the suggestion and didn’t change their mind on thinking that Kentanna was Bajor whereas Bajor wasn’t ready to absorb a whole race of three million refugees.

Ultimately, Bajor’s government REJECTED the immigration request put on by the Skreeans.

“But no one is asking you to take care of us.”

Through desperation, Tumak, one of Skreean’s kids, takes a ship and heads to Bajor. Crossing the boundaries of Bajor without permission, the military ordered him to change his course or to land but their requests fell on deaf ears. Both ships initiated fire and due to a fuel leak on Tumac’s ship, his ship exploded causing his death.

After Tumak’s catastrophe and finally understanding how UNWANTED they were at Bajor, the Skreeans went to Starfleet’s original option, planet Draylon Two.

Now we just hope they found their Kentanna.