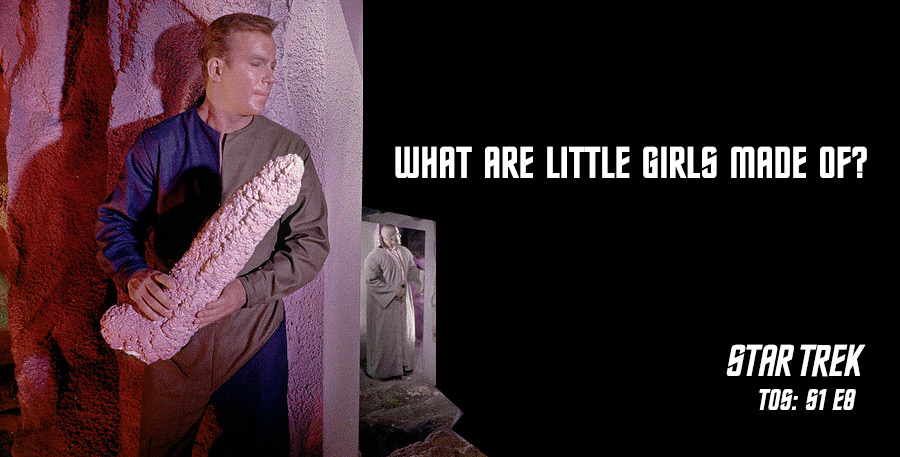 Star Trek. The Original Series.
Title: What are little girls made of?
Season: 1
Episode: 08

Kirk and The Enterprise’s crew  arrive to an unknown planet in the search for crazy / genius Dr. Roger Korby.

When they arrived and Korby wanted Kirk to go to meet with him alone, it didn’t make any sense if he was coming back with them and all his experiments and equipment. Kirk, Kirk’s crew and Korby’s fiancé will soon know why…

When Kirk and the nurse arrive to where Korby had his shelter, they see that he had learned and developed a technique to create android clones of any human that would also carry the ability of inherit the  human’s source memory and thoughts.

THE CREATOR OF A PERFECT COPY OF A HUMAN AND THEORETICALLY THE SOUL COULD BE TRANSFERED TOO.

Korby believed in a twisted future in which humans would be replaced by his androids, and he needed Kirk’s support to do so.

“I am offering you a practical heaven”.

He explained to Kirk with those seven words, what his evil intentions were and how his plan was perfect as long as his androids “infiltrate into society before their existence is revealed”. That was Captain Kirk’s fit in his plan, the credibility and help of a Starfleet official would be of the essence to be able to complete successfully the infiltration.

Korby never lost his god role-play argument; not even when he was finished and about to die:

“I created a perfect being, tested it and proved it.”

Paradoxically, that same perfect being, took the responsibility of ending his existence along with hers.