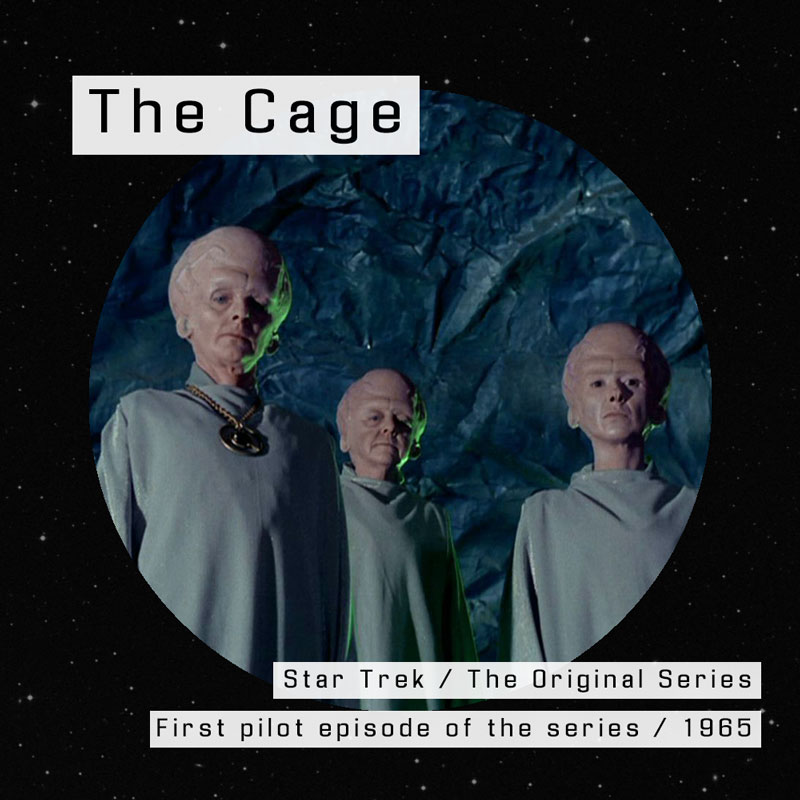 On February, 1965 was this pilot episode of Star Trek was launched.  Almost 49 years have passed many seasons, a handful of captains and crews and this phenomenon does not seem to slow down.

With Captain Christopher Pike on charge, The Enterprise  receives a group of radio signals from one of the Talos star group planets. Having a complete rational process, the Captain “wouldn’t risk his ship or his crew to go on a suicide mission”.

Pike is tired; on a previous mission several members of his crew died and he is about to give up and quit. The Dr. doesn’t think is the best idea and recommends a break, even a short vacation to start fresh. Pike blames himself of his crew’s deaths and the Dr.  welcomes him to be fair to himself and treat himself as human.

The Dr. states Pike’s quitting wishes in the most eloquent way:

“A man either lives life as it happens to him, meets it head on and licks it, or he turns his back on it.”

What is Pike going to do if he is not the Captain of the Enterprise?

The Enterprise receives signals of surviving humans from a crash several years before and that counts as a valid reason for Pike to transport himself and a time to the Talos IV.

Once in Talosian surface they find a group of survivors and Pike starts falling for Vina, the only woman on the group. That physical attraction blinds his reason and he goes apart from his crew to review the secret of how the survivors kept their health in perfect condition under very harsh circumstances.

Clearly a trap, Pike gets knocked down and wakes up inside a crystal cage. Unable to escape because he seems not to find a door our or to be able of breaking himself out, he meets his captors, a group of Talosians with great intelligence and very big heads. The Talosians communicate by telepathy and have the ability of creating any illusion in humans head, also hurting or rewarding humans as needed.

Talosians wanted Pike to be the next Adam, and be the father of a new breed of human slaves, because after decades underground and having been drugged by being able to live everything they needed in their minds, “when dreams become more important than reality , you give up travel, building, creating… you even forget how to repair the machines left behind by your ancestors.”

Pike lived some of his fantasies, dreams and fears by his captors account, always by the side of  Vina, the lady he was deeply falling in love for, but in a world of illusions and dreams, was she real?

The captain found out that hatred was the only feeling his captors couldn’t read from his mind and he could keep primitive emotions from them. That way he managed to free himself and held hostage one of his former captors until he made it to the surface. Pike gamble’s his ship’s, his crew’s and his own faiths that the Talosians were too intelligent to kill for now reason when his hostage threatened The Enterprise by the use of his mind power to make Pike’s crew destroy it,

Then, the Talosians showed the true looks of Vina, she was old and deformed, there was no illusion anymore. For Vina every human organ and function worked just fine, but after the crash, the Talosians focused on fixing functionality. Vina ended the way she did because they “have never seen a human before, they had no guide to follow.”

On the cage, Pike learned the importance of going back to the basics and taking care of himself. This might not have been his ideal vacations, but he lived every dream he thought of living if he quit his job as head of The Enterprise.

He found out then, that his place in life was with Starfleet; he was in the right place to be. Perfect lives my not be perfect for everybody.