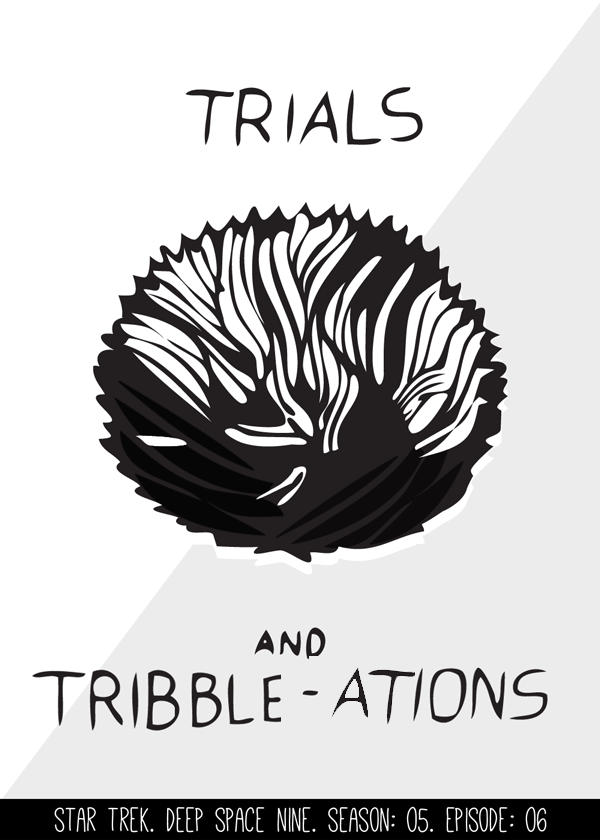 On board Deep Space Nine, Captain Benjamin Sisko (Avery Brooks) is being queried by Department of Temporal Investigations agents Dulmer (Jack Blessing) and Lucsly (James W. Jansen). The Captain explains that he was on the USS Defiant, returning from Cardassian space with the Bajoran Orb of Time. They had picked up a hitch-hiker on the way, a human called Barry Waddle. Suddenly the ship found itself some 200 light years away from its previous location and a hundred years in the past, near Deep Space Station K7 and found theUSS Enterprise in orbit. They discover that the hitch-hiker was in fact Arne Darvin (Charlie Brill), a Klingon agent who had previously been caught by Captain James T. Kirk (William Shatner) on K7 whilst trying to poison a shipment of grain.

Fearing that Darvin may be attempting to assassinate Kirk, the crew dress in period uniforms and investigate the Enterprise. They attempt to interact with history as little as possible whilst investigating Darvin. Doctor Julian Bashir (Alexander Siddig) and Chief Miles O’Brien (Colm Meaney) get involved in a bar brawl between the Enterprise crew and a number of Klingons on shore leave. Captain Kirk disciplines them on the Enterprise alongside Chief Engineer Montgomery Scott (James Doohan) and Ensign Pavel Chekov (Walter Koenig). Bashir and O’Brien notice that the ship is covered with tribbles. Lt Cmdr. Worf (Michael Dorn) and Odo (René Auberjonois) trail Darvin as he returns to the Defiant. There, Darvin admits that he planted a bomb in a tribble to kill Kirk.

Sisko and Lieutenant Jadzia Dax (Terry Farrell) board the Enterprise but can find no trace of a bomb. They travel to K7, and scans indicate that the bomb is in the grain storage compartments. They enter the compartments and discover that the poisoned grain has all been eaten by tribbles, who are now all dead. Suddenly Captain Kirk opens the compartment and is covered in falling tribbles. Dax and Sisko find the bomb before it can kill Kirk and the Defiant transports it into space where it explodes. The crew of the Defiant use the Bajoran Orb to travel back to the present time, and Sisko finishes explaining the situation to the Temporal Agents. Meanwhile, Quark (Armin Shimmerman) is in his bar on the promenade, with numerous tribbles around him.