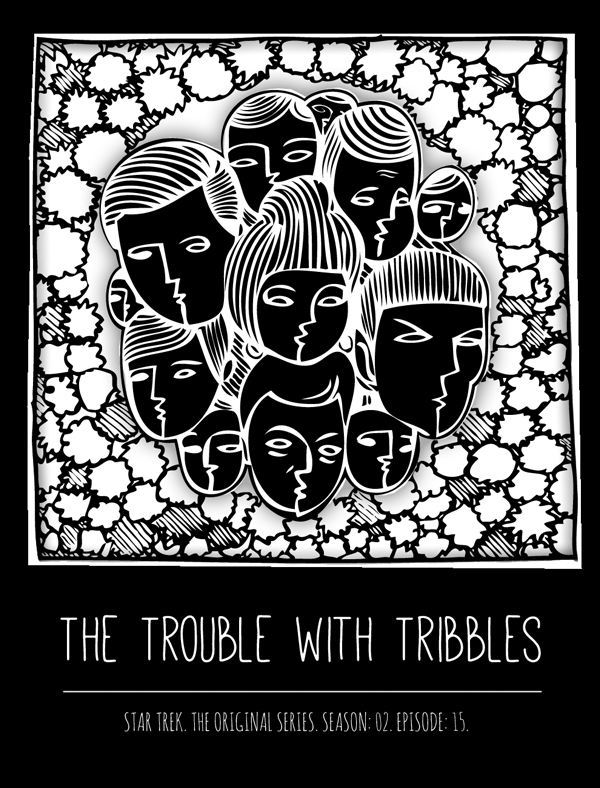 The Enterprise is called to Deep Space Station K7 by a distress call. It is near Sherman’s Planet, a world whose ownership is under dispute between the Federation and the Klingon Empire. On arrival, Captain James T. Kirk (William Shatner) becomes furious when he finds out the reason for the distress call, which was made by Nilz Baris (William Schallert), the under-secretary of agriculture for the sector: Baris wants someone to guard the shipments of Quadrotriticale grain bound for Sherman’s Planet, since Quadrotriticale is the only Earth grain that would grow on Sherman’s Planet and thus is required to resolve the ownership issue. Kirk assigns two crewmen to guard the grain, but afterwards he finds out the Starfleet Command share Baris’ concerns. In addition, a Klingon ship commanded by Captain Koloth (William Campbell) arrives, who requests permission for his crew to board K7 for shore leave. Kirk agrees, but limits the number of Klingons at any one time and they must travel under Starfleet guard whilst on the station.

Meanwhile, an independent trader, Cyrano Jones (Stanley Adams), arrives on the station with some tribbles. He gives one to Lt. Uhura (Nichelle Nichols), who brings it on board the Enterprise, where it and its quickly produced offspring are treated as adorable pets. The animals purr a relaxing trill that the crew (even the stoic Vulcan Science Officer Spock) find soothing. Klingons, however, find tribbles very annoying, and the feeling is mutual: tribbles emit an ear-piercing shriek of aggression and react violently whenever they are near Klingons.

Doctor Leonard McCoy (DeForest Kelly) is concerned that the increasing numbers of tribbles threaten to consume all the onboard supplies. It is discovered that they are entering ship systems, interfering with their functions and consuming any edible contents present. Kirk realizes that if the tribbles are getting into the ship’s stores, then they are a threat to the grain aboard the station. He examines the holds but learns that it is already too late: The tribbles have indeed eaten the quadrotriticale, and Kirk is literally buried in grain-gorged tribbles when he opens a grain hold with an overhead hatch. Spock (Leonard Nimoy) and McCoy discover that about half the tribbles in the hold are dead and many of the rest are dying, alerting them that the grain has been poisoned.

Baris stubbornly holds Kirk responsible for this apparent fiasco, and Koloth additionally demands an apology from Kirk after some of the Enterprise crew were provoked into a brawl with the Klingons in the station’s bar. However, the tribbles incidentally give away the identity of a Klingon agent surgically altered to resemble a human: Arne Darvin (Charlie Brill), Baris’s own assistant. He had infected the grain with a virus that becomes an inert material in an organism’s bloodstream which eventually prevents the organism from taking in enough nourishment to survive.

After Darvin’s exposure and arrest, Cyrano Jones is ordered to remove the tribbles from the station (a task that Spock estimates will take 17.9 years) or he will be imprisoned for 20 years for transporting a dangerous life form off its native planet. Just before the Klingons depart, all the tribbles on the Enterprise are transported onto the Klingon vessel by Chief Engineer Montgomery Scott (James Doohan) where, in his words, “they’ll be no tribble at all.”