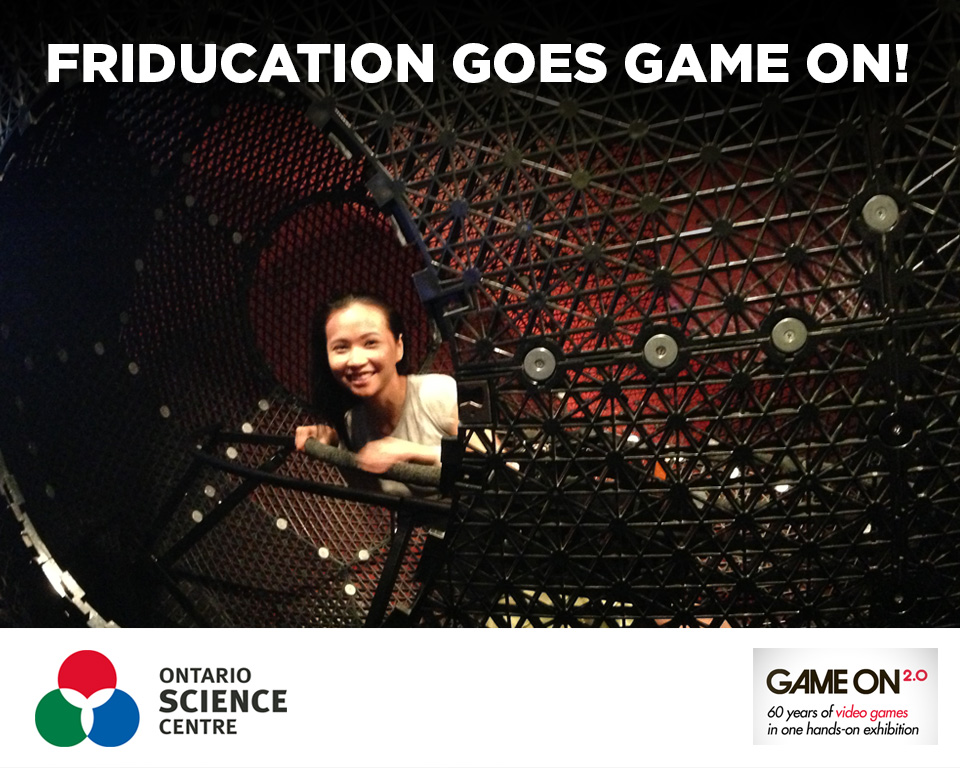 The PDT plus friends and family assembled bright and early on Friday morning July 19th 2013 for the annual Friducation trip to the Ontario Science Centre. Nestled amongst the scenic ravines of the Don Valley, the Science Centre provides an excellent destination for learning and fun, both of which are fundamental to our Fridays.

The main attraction at the Science Centre this summer is GAME ON 2.0 a special exhibit that provides a history of video games and functions as a live arcade. The team enjoyed a few hours of play with what seemed to be every gaming system ever. Also on display was some great video game art including many original posters and ads for classic arcade games. Notable titles included Pong, Street Fighter II, Super Mario, Sonic the Hedgehog, Pac-Man Plus, TRON, 007 Goldeneye, & way more. Although Trevor’s search for the game of Duck Hunt was unsuccessful it didn’t slow down the momentum.

The most momentous part of the exhibit was when PD executives Lannie and Khalid took a try at the Virtusphere, a massive spinning dome that resembled a cross between a hamster ball and the Thunderdome from Mad Max. The Virtusphere uses virtual reality technology through a brain control interface referred to as ‘Electroencephalography (EEG)’ to detect electrical energy caused by neurons in the brain. A nearby marker explained that with enough practice a player could use their thoughts and facial movements to control actions in the game. A visual monitor provided those outside of the sphere with a view of what the player is seeing in their helmet.

After a few hours of games we all took a break for lunch in the busy cafeteria then off to explore more. We got to check out some of the Science Centre’s permanent exhibits including The Living Earth area that includes insects, amphibians, a mini-tornado, and an indoor rain forest. The Science Arcade is all about learning while doing and includes the memorable static electricity show that causes people’s hair to stand straight up. The sight of a ‘heat alert’ sign caused us to reconsider taking the scenic Nature Walk tour. Also we returned to some areas from last year like the Weston Family Innovation Centre, HotZone, and Space.

Although there was no Star Trek Live show this year our Friducation was not without a reference to Star Trek (see poster below). The team fit right in with the families and camp groups surrounding us for the whole day of being immersed in science and video games. By the end we looked forward to the fun times we’d all be having here in the future.

“Having extended or translated our central nervous system into the electromagnetic technology, it is but a further stage to transfer our consciousness to the computer world as well.” Marshall McLuhan (1911-1980)

Poster of the day:

‘BOLDLY GO WHERE NO ARCADE HAS GONE BEFORE’ 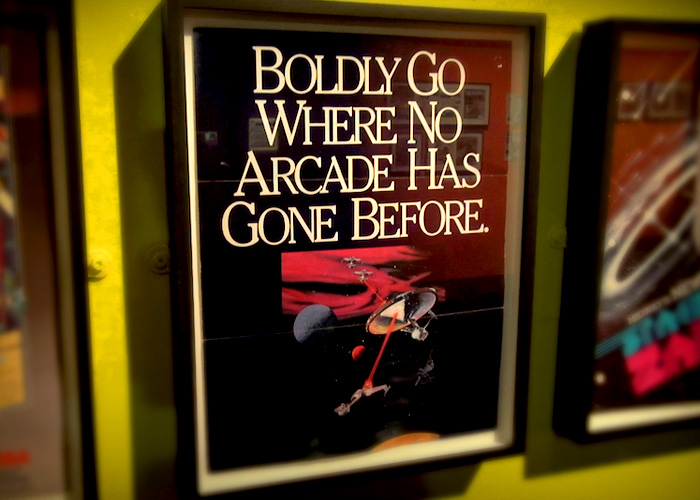