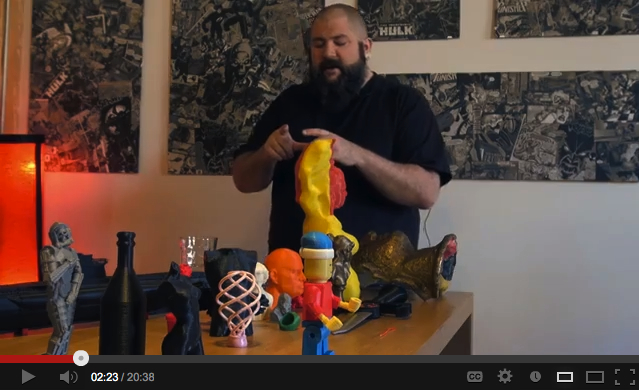 The PDT (Pixel Dreams Team) hosted a guest speak series on 3D Printing. We invited the talented TechKnight aka Derek Quennville to school us and our guests about 3D Printing, it’s origins, where it is now and where it’s going.

Derek on 3dsystems.com:
They’re one of the industrial 3D printer companies. They acquired Z-corp’s powder-based printers that you might be familiar with, and do a couple of their own technologies. On the consumer side they sell a reliable printer called the Cube, but in order to not cannibalize their actual business it’s hogtied by DRM and small, expensive print cartridges.