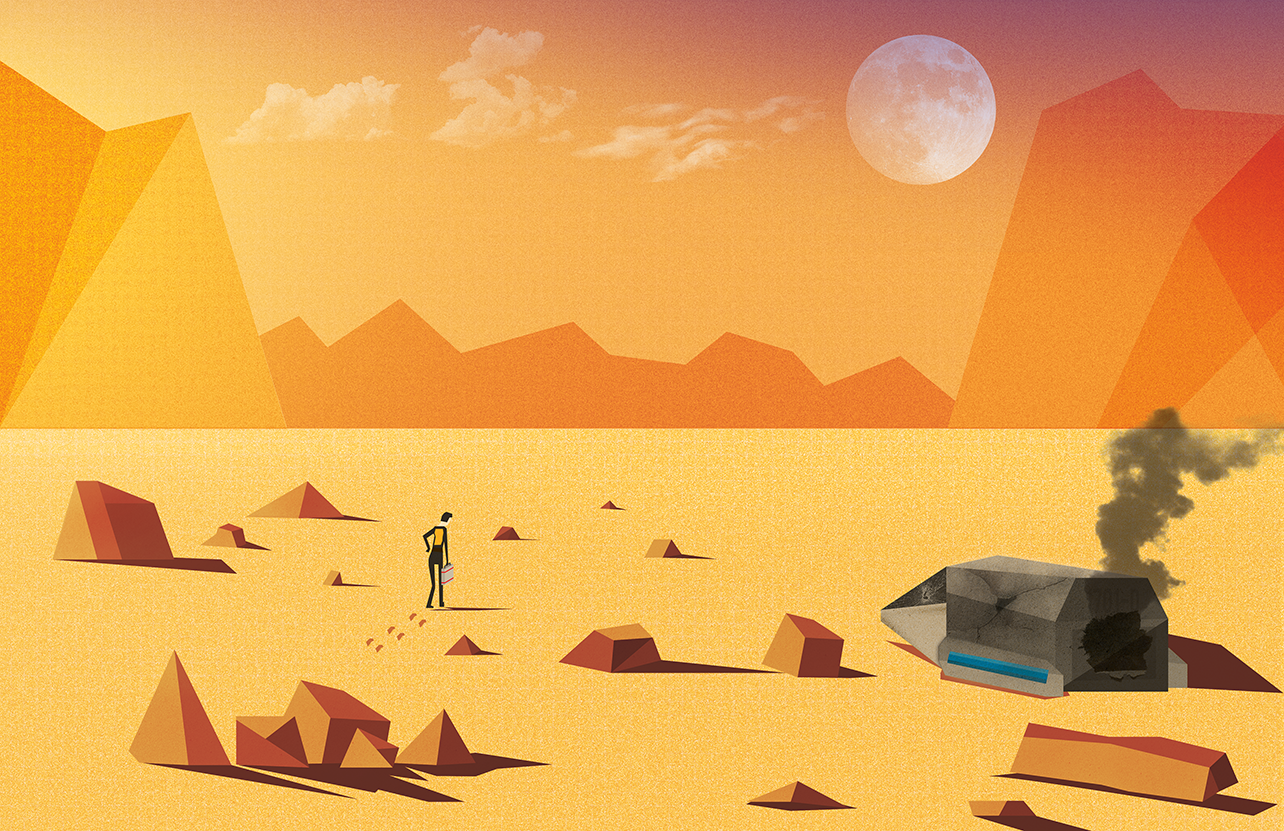 Data is sent to a pre-Industrial planet to recover the radioactive remains of a deep-space probe that crashed on the planet. However, Data is injured during the recovery, and without memory of who he is or his mission, walks into a village carrying the case of radioactive parts. Garvin, the village magistrate, and his daughter Gia, take Data to their healer, Talur, who determines he must be an “ice man;” Gia names Data “Jayden.” Garvin discovers the probe’s fragments, unaware of their hazard, and attempts to sell them to make a profit. As the village folk begin to wear the fragments as jewelry, they start to succumb to radiation poisoning, though Talur is unfamiliar with the symptoms. Jayden uses his own, more scientific methods and concludes that the metal fragments are causing the illnesses, and, with Talur’s help, attempts to urge the villagers to get rid of them. Instead, the villagers attack Jayden, believing him to be the cause for the illness, and cause his mechanical innards to be exposed. When Gia sees this, she is alarmed, but then realizes that Jayden is trying to help them. Jayden is able to prepare an antidote for the poisoning, administering it to Garvin and Gia, and to dose the entire village, he puts the rest of the antidote in the village’s well. The villagers, still angry at him, attack Jayden, apparently killing him. Garvin and Gia bury Jayden, and bury the metal fragments in the forest outside of town. When Riker and Crusher arrive under the guise of friends of Jayden, they learn of his fate from Gia. Data’s body and the metal fragments are beamed to the Enterprise. Data’s functions are restored, but he has no memory of his life as “Jayden.” He recalls that his positronic brain must have been overloaded from a power surge from the probe as he recovered the fragments, leading to his memory loss.

A separate plot during these events follows Deanna Troi‘s efforts to become a bridge officer by undergoing a holodeck test of her command abilities under Riker’s oversight. Though initially she struggles to save a failing Enterprise from being destroyed by avoiding placing anyone at risk, Riker gives her a subtle hint on a proper outcome, and Troi manages to pass the test when she orders Geordi to sacrifice himself to save the rest of the crew. Troi is promoted to Commander after successfully passing the test.