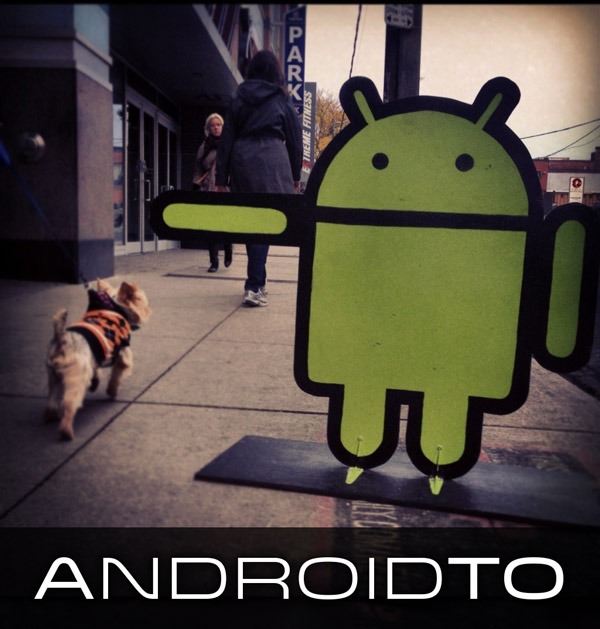 AndroidTO might be more aptly named FreeForPixelDreamsAndroidTO. Thanks to the generosity of a friend, the Pixel Dreams crew was able to sit in on the event and listen to some of the brightest Androids around.

Kim Pimmel began the day with his fascinating talk about making extraordinary out of the ordinary through the eye of a camera lens. And when he wasn’t taking pictures of awesome he was busy designing awesome mobile and tablet apps. 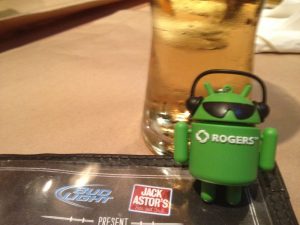 From there it was off to explore all things Android be it what was going on in development, designing, or the business of mobile. Some of us went here, some of us went there, and some of us waited for the Jack Astors to open across the street. There we pontificated about all things Android, Barry Obama, Arsenio Hall and 90’s Hip Hop with our good friends Alexander Keith and Richard Red. 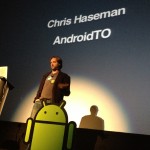 The afternoon was highlighted by the closing keynote speaker, Chris Hasselman, lead Android developer for Tumblr. He immediately had my attention based solely on his previous work with Major League Baseball. He spoke passionately about creating mobile software. He implored the audience of developers to listen to their users in the creating of an app and similarly asked that the audience of users to offer constructive feedback about the apps they use.

And here is a video snippet of our adventure: