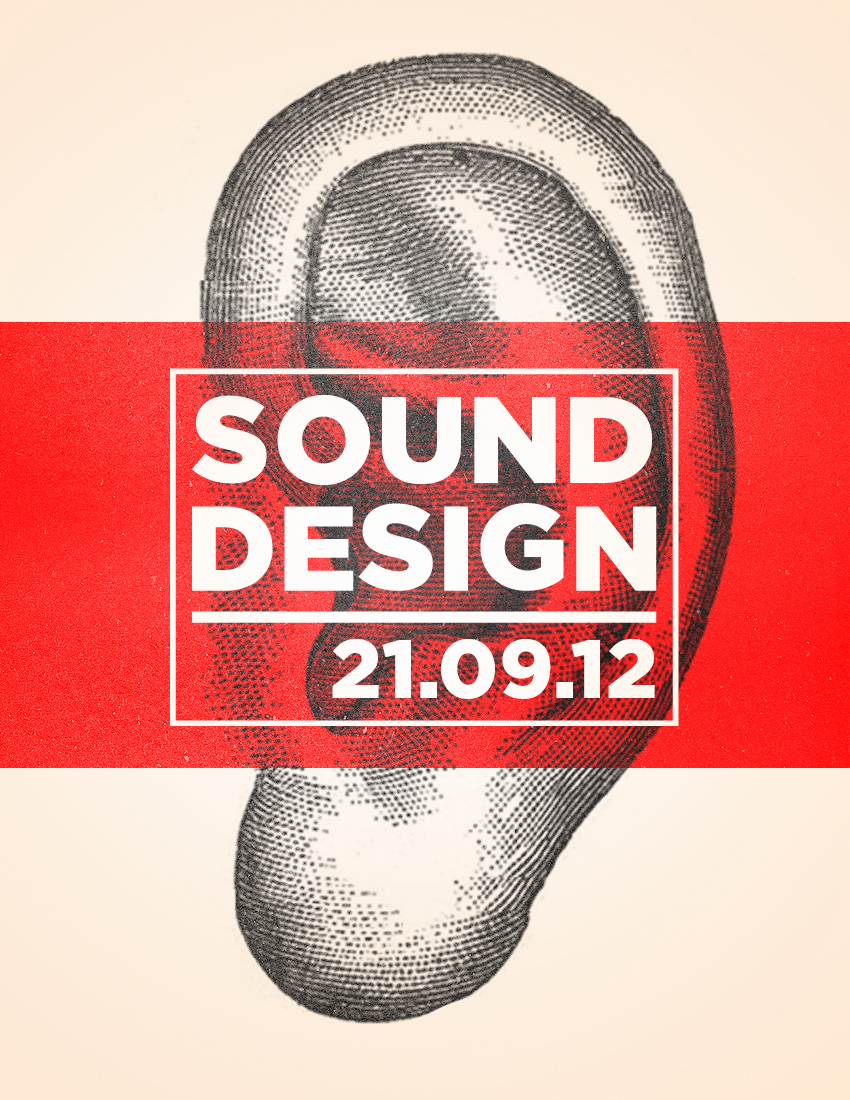 As some of you may know, the Pixel Dreams Team (PDT) enjoys getting educated on Fridays, which is why we have “Friducation”. Today marked the beginnings of a trend that will soon be part of Friducation, guest speaker series.

The PDT are designers by day and artists at heart, we enjoy exploring all different mediums which is one of the parts that makes the team so unique, we’re a grouping of multi-disciplinary designers. To learn more about different mediums that engages more than just the visual senses, we invited Asher Ettinger to come talk to us and our guests about designing sound.

Growing up as a young boy, Asher always knew he wanted to be in music, but wasn’t sure where or how he would do it. He knew he didn’t want to be a gigging musician or live music guy, he wanted stability. He grew up in the Mad Men era, and had a fascination with ads while he was growing up, so naturally advertising was the mix of stability and music he was looking for. Asher has been in the game for about 30 years, over this time he’s written and recorded approximately 3000 pieces of music, 1500 of which are advertising spots you may know.

Recognize this one? (East Side Marios, “Badaboom Badabing” in the mid-90s)

Some of the things we learned:

Like all things branding and design, sound design and sound marks are a connected melodic motif to brand something. Sound goes into a deeper place than visuals. Sight captures your attention, but doesn’t go deeper and connect with your memory like sight and smell do.

Sound doesn’t work alone, it has associated colours.  Music branding uses mnemonic devices; using sounds that trigger visuals or that triggers a memory, thereby sealing it into the listener’s memory. However, with something like brand marks or sound handles, they’re short. One of the challenges of being a sound designer is, “How do you pick music that will influence your listeners in 4-6 seconds?”

As a designer in the advertising industry you need to have speed and versatility, you need to be able to create and respond on a dime. This is one of the reasons why Asher has 3000 songs of varying styles and genres in his portfolio. He’s versatile, allowing him to work with almost anyone and any brand.

Listen to a few of his pieces and take a moment to imagine the imagery and colours around the sounds.

This was for a condominium development, putting up condo downtown near St. Lawrence Market called Market Square. The marketing team wanted the music to represent that the location was in the theatre district (closely located to Sony Centre, Lawrence theatre and Opera).  The song modeled after song New York New York with a big band feel. In this piece, Asher worked with the Toronto-bassed jazz band Boss Brass and recorded live off the floor in just 4 takes.
What you feel: Grand ol’ times, broadway
Colours that see: Red, gold and black.

Asher helped launch Mill St. Brewery with this particular piece. Mill Street started out as a microbrewery and it already had the right look. Even though Mill Street was a 2 yr old product at the time, they asked for a 1930s styled vocal thing to recreate the feeling of the Distillery District during the prohibition because they wanted to make it appear to be a legend that’s been around since the prohibition.
What you feel: 20s-30s prohibition
What you see: Black and white with splashes of colour. Red brick and cobblestone.

This was Bad Boy spot of Asher’s personal favourite spots that never aired. It was a spot aimed towards 30-65 yr women. The idea was to take away the tacky feel of the other Bad-Boy ads with an iconic 70s ballad sound (think Karen Carpenter).

Why do we have a 3 minute song?
During the early 1900’s when American song was becoming an industry, radio and music was in. The technology for recording was to vinyl and it couldn’t record more than 3 minutes (or 78 rpm’s).

Why CDs are 74 minutes?
Most common answer online has been: Because someone at Sony wanted to be able to hear Beethoven’s Symphony No. 9, in it’s entirety.
Apparently this is not true, it has to do with the engineers at Phillips. You can read the full story in detail here: The CD Story