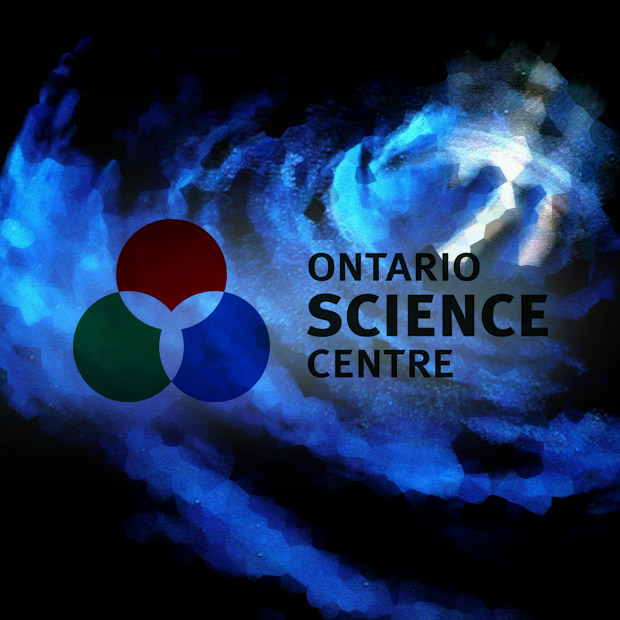 Rubbing Shoulders with a Vulcan

Friday, the crew ventured to the Ontario Science Centre to see STAR TREK LIVE.  As cadets of the newly formed Starfleet Academy, we were summoned for an intense 30 minute, interactive orientation.  They certainly didn’t waste any time indoctrinating us.  Starfleet Commander Sean Christoper and an unexpected visitor from the planet Vulcan led all us on a crash course in advanced communication methods and intergalactic space travel – some serious NASA level stuff.  Then as if they dropped from the sky, or appeared on a monitor (take your pick) we were rushed into service and had to stop a sneak attack from the Romulans. Fortunately there were many brave, young cadets willing to risk their safety to protect ours.

Confident that we were safe, we moved on to see what else lie in wait for us within the bowels of this science playground.

Ever noticed that the Science Centre is one of those places that you haven’t been to in “years?” Like Wonderland.

The sports exhibit taught us that we are all nothing more than weekend warriors.  We competed in daring feats of strength, balancing inches off the ground, and jumping from a height which had to be at least 13″ possibly 14″. Excitement like this doesn’t just happen on the edge of the CN Tower. The space exhibit taught us that we are a really small part of this kinda big place we call the universe.  Like REALLY small part.

Then we turned the tables. We became an exhibit. With the chance to show the world who we were (or at least the 30+ people standing around us) we jumped on it  and used their fancy watery image creating thingy and created the Pixel Dreams logo for all to gaze in wonder at. Kinda like you are probably doing right now.
It works like this:
Stand in front of webcam.
Snap picture.
Allow machine to think.
Let machine create big gigantic watery picture of you. 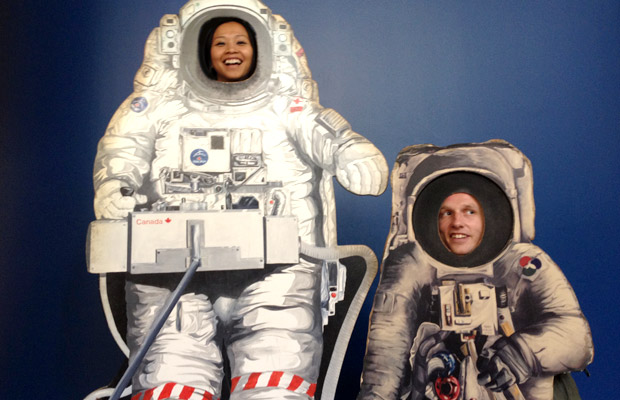 Pretty cool, right?
We came. We Saw. We Conquered. 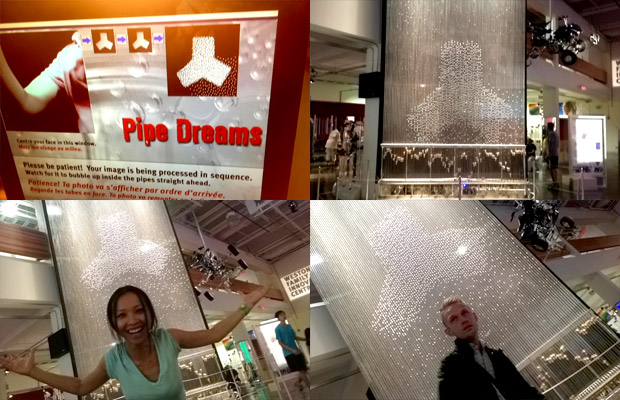 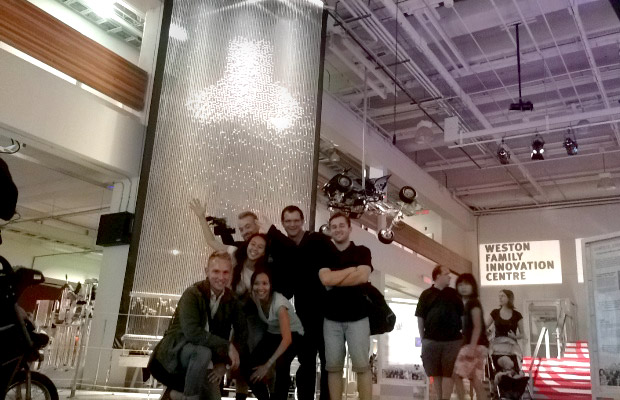 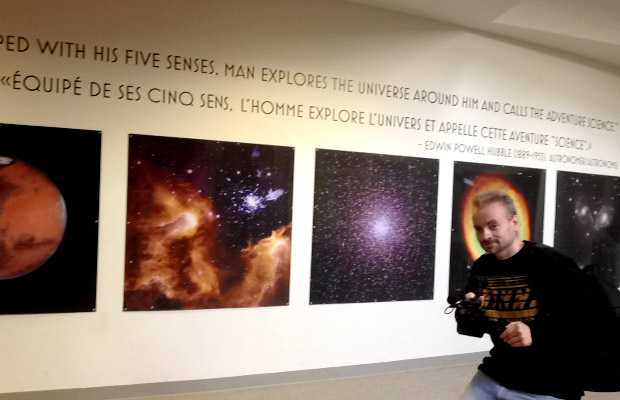 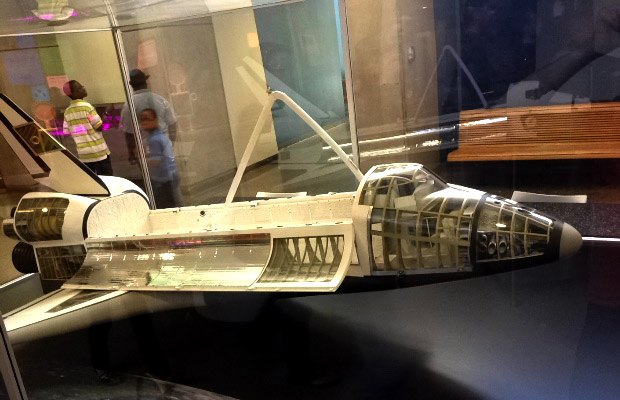 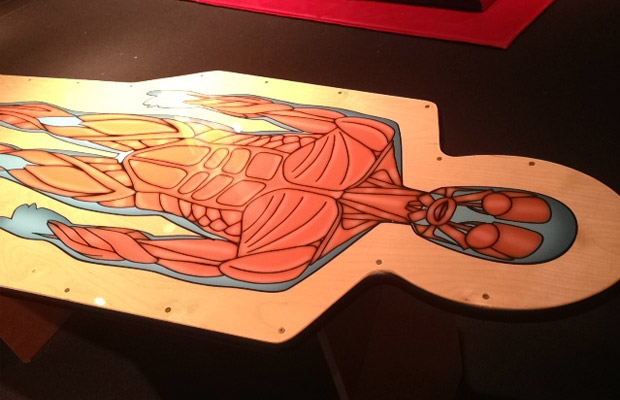