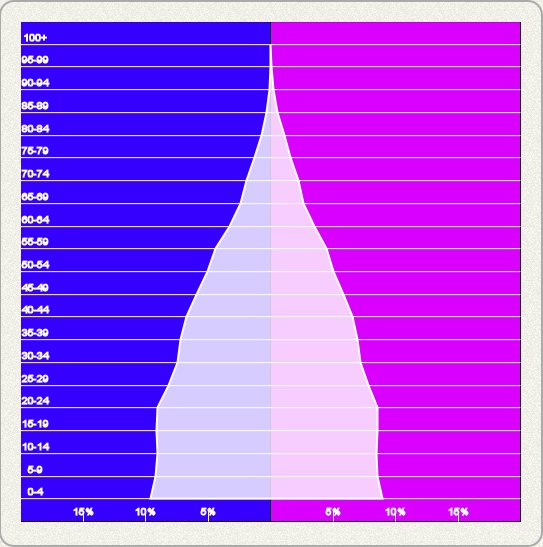 About two to three weeks ago I had the pleasure of attending the Virox Future Forum at my school Sheridan College.  One of the presenters was David Foot, Professor Emeritus of Economics at UofT. He premised his presentation with a video by Hans Rosling’s 200 Countries, 200 Years in 4 minutes. David Foot explains demographic trends with population pyramids and times facts to national events through history. David also explained trends based on life stages. Such as in your 20s you typically would be borrowing money for school, for a car, incurring debt while trying to establish a career into your 30s. In your 30s – 40s you typically are starting a family, you’ve paid off debt from school and car, you may have a mortgage on a home where you now have kids. And kids cost quite a bit, so you can’t start saving for retirement quite yet. When you’re in your 50s and 60s, kids are starting to leave the house, but now the pet’s a little older and requires vet care. In addition to that, your back is starting to go so you have physiotherapy, you go to a chiropractor as well. 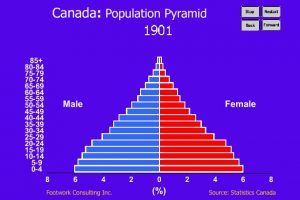 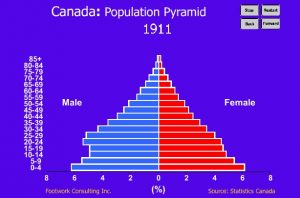 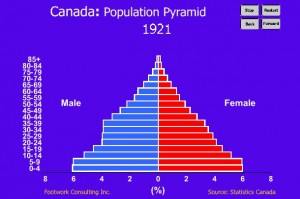 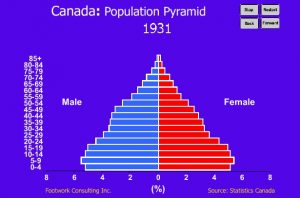 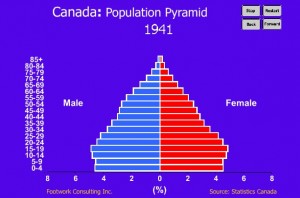 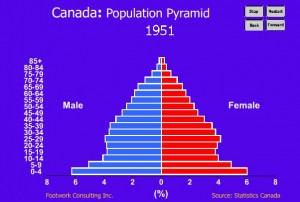 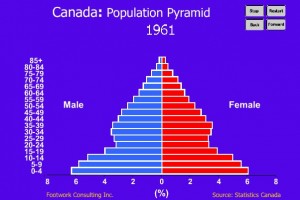 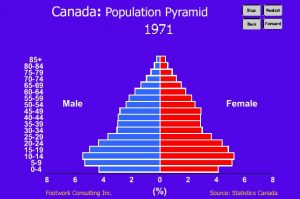 Keep an eye on the 25-55 section as we begin to move through the decades. 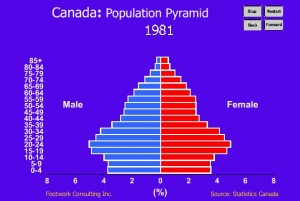 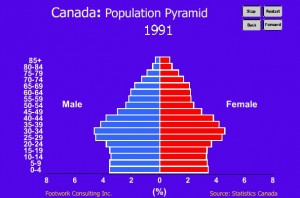 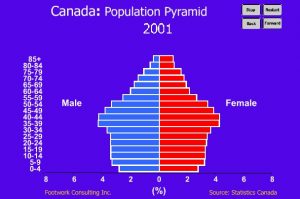 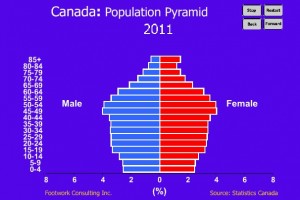 Millennium – now
Life expectancy is now 85+ and quality of life is better than ever, yet there is a glaring amount of youths that are unemployed.

This in turn is also leading to the peak of secondary school enrollments. Not only the youth generation is going to school, but they’re seeing a higher rate of mature students seeking a second career as well.

Around the World – use with populationpyramids.net to view population pyramids of the following countries from 1950-2050 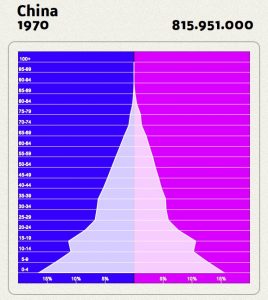 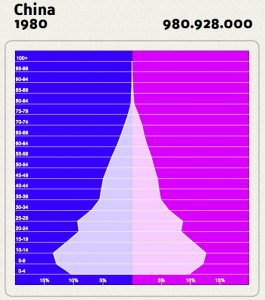 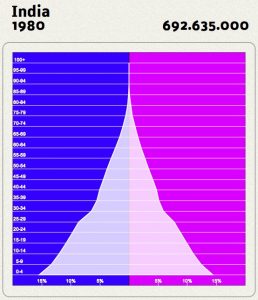 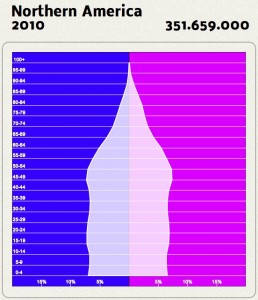 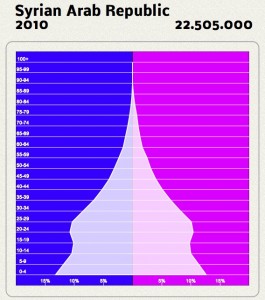 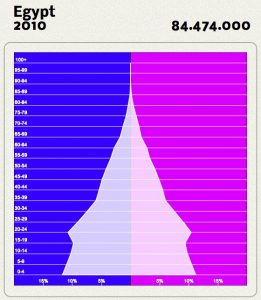 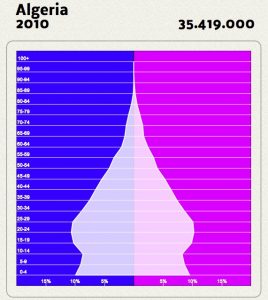