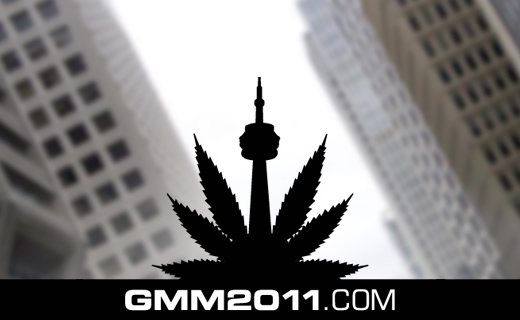 May 7th 2011–The Toronto Freedom Festival was a day full of sunny skies, heavenly smoke and marijuana enthusiasts of all varieties. Approximately, 30,000 young, old, politically driven, and plain old weed hobbyists all gathered at Queens Park this past Saturday to peacefully protest and raise awareness of worthy causes. The crowd was decadent in their costumes. Special regards go to Bongman and the beautiful, naked woman. Pixel Dreams sent out their street team who handed out rolling trays and cards on behalf of Progressive Clinic, SOW Amazing Seeds and CALM. Our tent was packed. 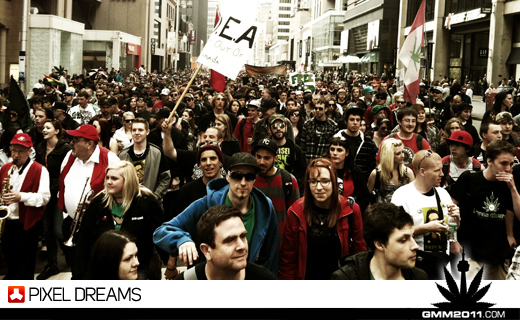 The QR coded water bottles were, yet again, a hit this year with the pasty faced protestors. My arm was even branded with the sticker attracting young hopefuls to scan me. Aside from the painful ripping of the sticker off my peach fuzz bicep, the barcodes were, nonetheless, a great way of promoting our giveaways contest. This year, approximately 1500 entries were collected. Some lucky winners will be receiving fantastic prizes, including but not limited to: bongs, hookas, gift cards, t-shirts and memberships. 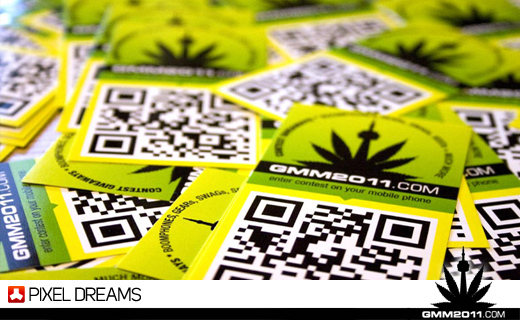 The Global Marijuana March commenced around 2:00pm though many people stayed at the park to enjoy the festivities. Apparently, marching down to Queens Park was enough for some of the stoners–meet our good friend sitting. However, those active enough to march waved Canadian marijuana flags down the streets attracting pedestrians to join, including a wedding party dressed in green whom the crowd smoked up. Nothing says matrimony like puffing the magic dragon. Bands including illscarlett and DJ Sneak lit up the stage, followed by a crowd of vibrant skankers. Food vendors varied in tastes and options to satisfy grandiose munchies. I tried Malaysian for the first time and the funnel cake booth sported an endless line. 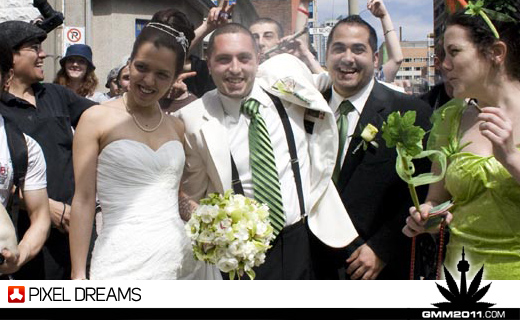 There was no concern for conventions, violence, or hate, just unbridled enthusiasm. The Toronto Freedom Festival– just another reason why stoners rock. 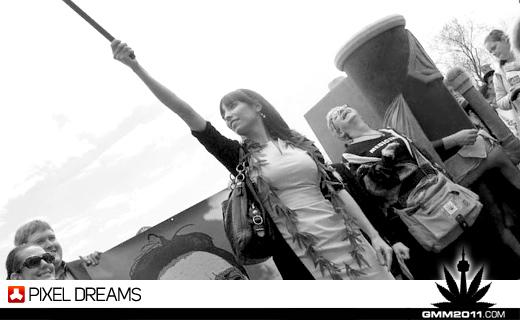 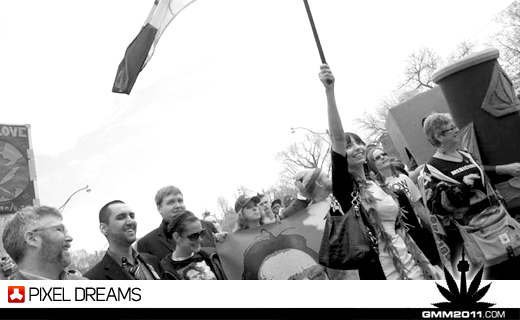 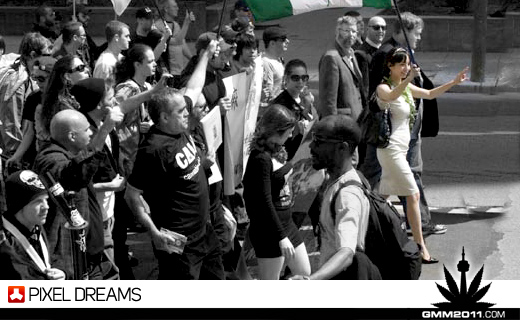 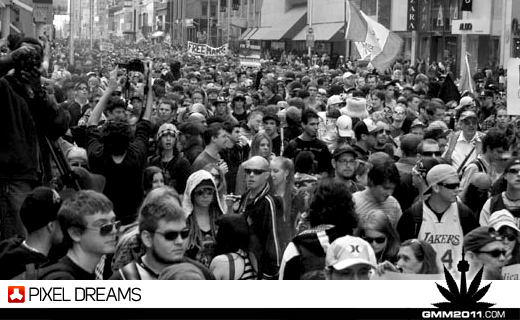 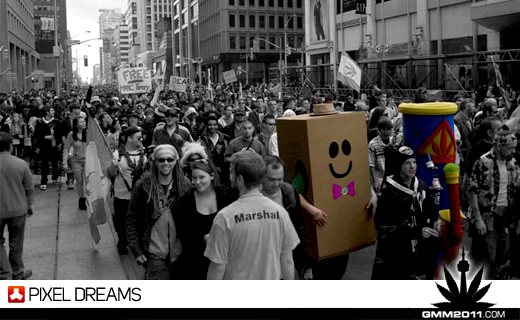 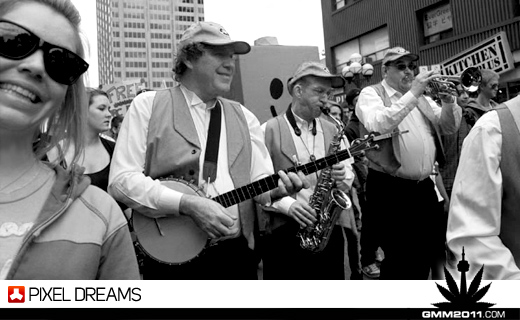 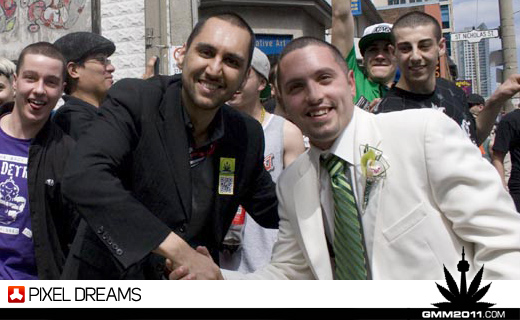 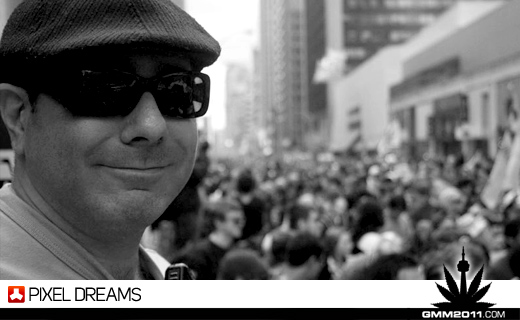 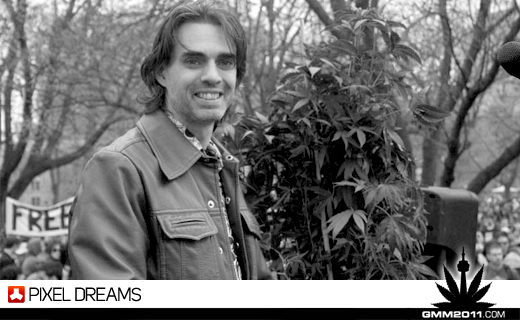 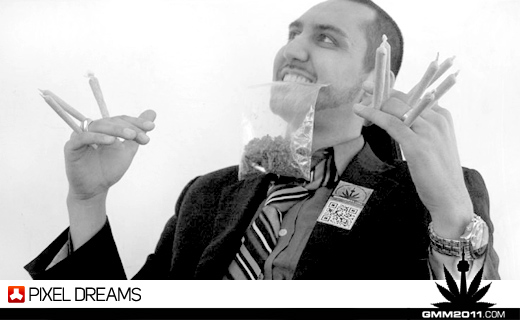 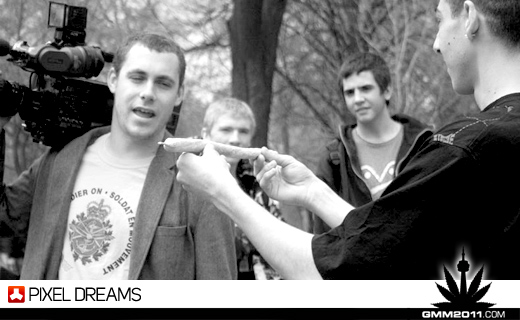 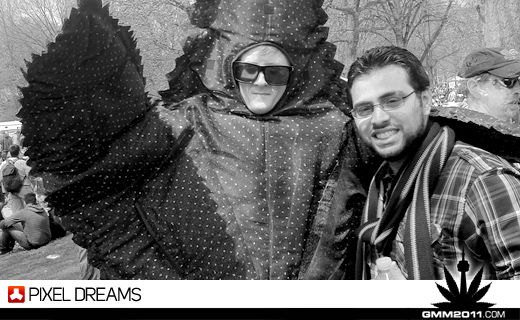 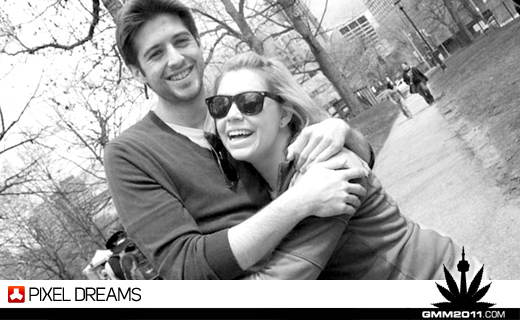 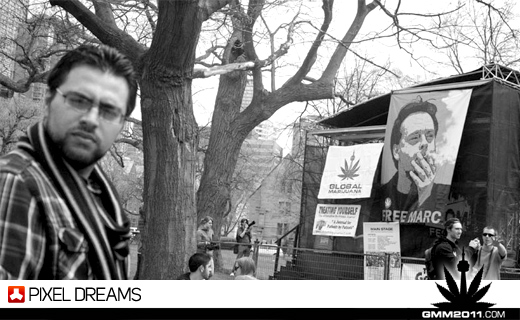 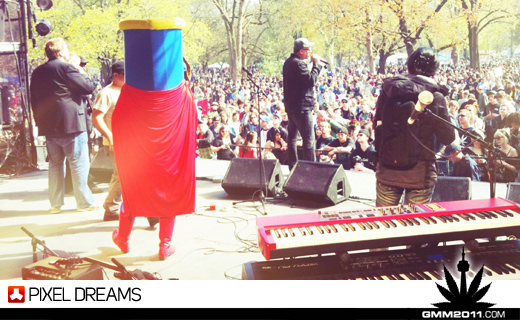 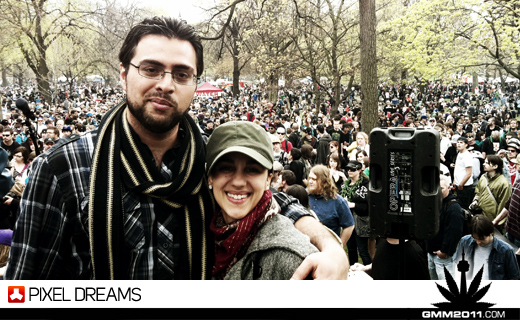 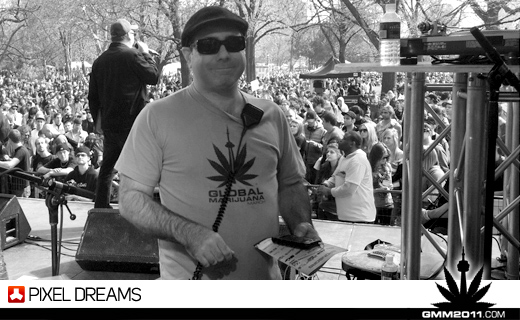 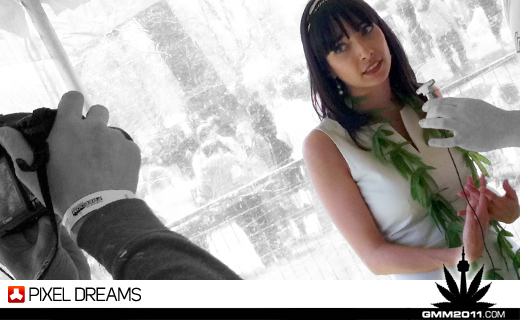 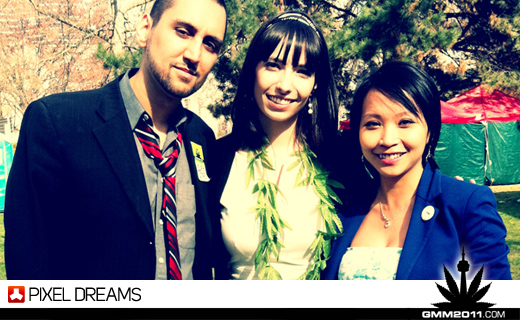